On the Edge by Ilona Andrews

On the Edge on October 2009
Pages: 309
Format: eBook
Buy on Amazon
Goodreads

Rose Drayton lives on the Edge, between the world of the Broken (where people drive cars, shop at Wal-Mart, and magic is a fairy tale) and the Weird (where blueblood aristocrats rule, changelings roam, and the strength of your magic can change your destiny). Only Edgers like Rose can easily travel from one world to the next, but they never truly belong in either.

Rose thought if she practiced her magic, she could build a better life for herself. But things didn’t turn out how she planned, and now she works a minimum wage, off the books job in the Broken just to survive. Then Declan Camarine, a blueblood noble straight out of the deepest part of the Weird, comes into her life, determined to have her (and her power).

But when a terrible danger invades the Edge from the Weird, a flood of creatures hungry for magic, Declan and Rose must work together to destroy them—or they’ll devour the Edge and everyone in it.

I just re-read the entire Hidden Legacy series by Ilona Andrews (which if you haven’t read yet, seriously, what are you waiting for?). I wanted more. I always want more. I don’t think I’ve ever re-read the Edge series, so I decided to flip through On the Edge to see if that’s what would fit my mood. It did. I re-read the book in a night.

Rose is trying to keep her younger brothers and herself alive by working her tail off, and her fingers to the bone. When a noble Blueblood shows up from the Weird and is skulking around her property, she grabs her weapon and threatens him. She’s had Bluebloods try to kidnap her before, try to win her favor, and even try to buy her from her family. See, Rose can flash white. And she can control it. (flashing is a burst of magic. Most Edgers can flash, but rarely can someone flash white. Rose is pretty and has a strong flash so Bluebloods basically want her as a broodmare).

Declan convinces Rose to let him stay with her to protect them. She warily agrees. She’s not really afraid of him, but she’s not going to trust him any time soon. But at one point Declan realizes he wants Rose to trust him. She comes to matter to him, and it makes him want her more. But something is hunting them in the woods of the Edge, and that something is big and bad. Rose and Declan have a lot to handle.

I have a really hard time reviewing Ilona Andrews books because there’s just so much packed into them! The world-building is extensive. It’s not hard or confusing or anything, but it is definitely something new and different. Each book is a paranormal romance, but feels like Urban Fantasy, minus the Urban. Country Fantasy? Backwoods Fantasy? Either way, the books can be read as a stand-alone, but I think they work best read in order. You get so much more from them that way.

If you are looking for something different, this is your series. And FYI this series ties in to the Innkeeper series they write. Those connections have been blowing my mind. Have they been planning this for years? Masterminds. Ilona Andrews are absolutely brilliant masterminds. 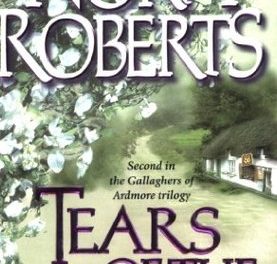 Review: The Kraken King and the Scribbling Spinster