Eveline Armstrong is fiercely loved and protected by her powerful clan, but outsiders consider her “touched.” Beautiful, fey, with a level, intent gaze, she doesn’t speak. No one, not even her family, knows that she cannot hear. Content with her life of seclusion, Eveline has taught herself to read lips and allows the outside world to view her as daft. But when an arranged marriage into a rival clan makes Graeme Montgomery her husband, Eveline accepts her duty—unprepared for the delights to come. Graeme is a rugged warrior with a voice so deep and powerful that his new bride can hear it, and hands and kisses so tender and skilled that he stirs her deepest passions.

Graeme is intrigued by the mysterious Eveline, whose silent lips are ripe with temptation and whose bright, intelligent eyes can see into his soul. As intimacy deepens, he learns her secret. But when clan rivalries and dark deeds threaten the wife he has only begun to cherish, the Scottish warrior will move heaven and earth to save the woman who has awakened his heart to the beautiful song of a rare and magical love

I have read several of Maya Banks’ books, and I have yet to like one. I find that her heroines are doormats, or broken, and they need the big strong man to save them. But I’ve heard her Highlanders are different. I think that’s just how she writes, though, because while I liked this one way better than any others I’ve read, I still had the same issues.

The Montgomerys and the Armstrongs are very large, powerful, successful clans. Both are friends to the king. However, they are also sworn enemies. No one knows how it started, but the current Montgomery laird Graeme’s father was killed by the Armstrongs, so feelings are still running high. But the king is sick of his two most influential clans fighting. To broker peace, he forces a marriage between Graeme, and Eveline, the Armstrong laird’s daughter.

This isn’t unusual, except Eveline is considered to be daft.

Three years before, she was nearly killed after a nasty fall down a ravine. The head injury left her deaf. Or, mostly deaf, as she can hear lower tones, and some very loud sounds. She was engaged to an evil man who had everyone fooled, so when she woke from her accident a couple weeks later, she was confused, and didn’t know what was going on. However, she knew that her fiance wouldn’t want her if she were damaged, so when people said she was daft, she went with it.

This is where I started to have a problem with the book, or more specifically Eveline. I get it, I do. She was young and scared. But she continued the charade for years. How selfish. She’s incredibly close to her family, and yet never even shares with her brothers or mother. She’d also very childishly look away from people who were speaking to her if she didn’t want to hear what they were saying to her. She played up her reputation so she would literally walk out on people talking to her, and they’d shrug and say, well, that’s just Eveline. She’s touched you know. So rude.

“..she purposely didn’t look at him, because if she didn’t see what he was saying, then it didn’t really happen.”

I also felt like the fact that she hadn’t spoken for years, but hadn’t even spoken alone, on her own, in her room? Not to even attempt it? It seemed odd. She also hadn’t made a grunt of surprise, or a squeal at being startled? Not a single vocalization? I don’t know. This is where I wasn’t so sure about her being able to speak totally fine later on.

Some people have said her deafness, and subsequent speaking are unrealistic, however the author said Eveline is based on her husband, so I can’t speak to how unrealistic it would or would not be. BUT, I do feel that her lip reading skills and speech would be affected. It wouldn’t be perfect, and that should have been shown. Also, she could read lips of groups of people from far away. That seemed, well, I don’t know, wouldn’t you think she’d make a mistake every now and then? She must have amazing eye sight.

Graeme for his part, is perfect. Like seriously perfect. He was able to overlook their enemy status, he came to terms with their relationship quickly, he defended her as an innocent amongst his not-so-welcoming clan, he defended her to his brothers, things like that. I’m glad he figured out she was deaf, not daft, but I think it should have been sooner. it was so far into the book, that I was like finally!

On the positive side, I think the actual plot of this book was fantastic! The storyline of the blood feud between the Armstrongs and the Montgomerys was very well-done, the idea of a deaf heroine was actually really great! I don’t have any issues with that, but I do have issue with how she abused her reputation of being crazy. I actually look forward to the next book, and Bowen’s story. I just hope Ms. Banks doesn’t have a childish or doormat heroine. Those seem to be the only two types I’ve read by her.

***I won this book on Twitter a few years ago. Thank you Ballantine Books. 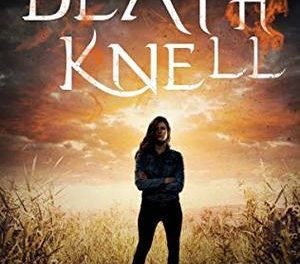