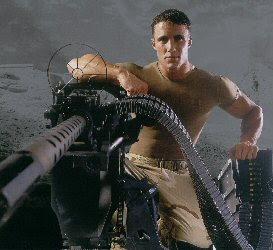 I’m sure all you patient followers are wondering…

“when is this 9 Days of Darkness over so we get our regular doses of Man Candy?”
You know I wouldn’t dare let you go without it for too long!
So in honor of this Memorial Day Holiday Weekend,
I’ve got Man Candy with a little Military flair!
Alright men, fall in! 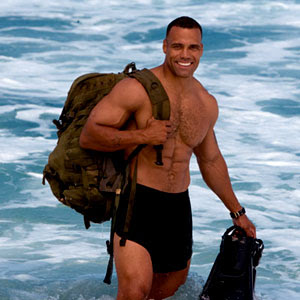 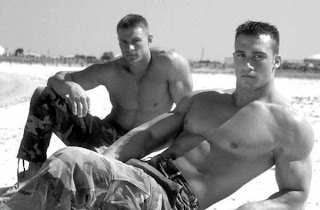 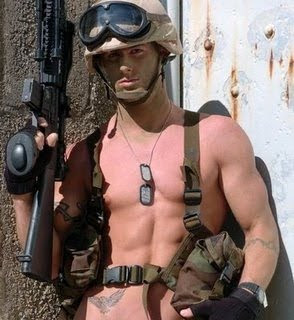 GOD BLESS THE U.S. MILTARY!
Reasons Why Men in Uniform Are So Attractive to Women

Women find men in uniform virtually irresistible. Why is that? Have you ever stopped to ask yourself why? What is it about a sharp-dressed man that makes a grown woman weak in the knees? Why does an otherwise articulate woman suddenly feel she has a mouth full of marbles and can only seem to utter a schoolgirl giggle.

There are a number of reasons that men in uniform are sexy. I’m going to go over the top reasons.

• Men in uniform appear clean and tidy. Let’s face it, men can be slouchy and untidy. A man in uniform is crisp and clean, at least initially. A little bit of hard-earned dirt and grime can be pretty sexy too. But who keeps him starched, clean and tidy? Will it be you?

• Men in uniform wear fitted clothing in good condition. Uniforms are rarely, if ever, in the wrong size or in need of repair. They would have to work really hard at looking slouchy in fitted clothing.

In Conclusion
All that stuff above and they are SEXY AS HELL!