It may have been Charity Wyatt's father who stole from mogul Rocco Amari, but it's Charity who will pay the price of Rocco's vengeance.&nbsp;

Relinquishing her virginity should have covered Charity's debt, but her one white-hot night with the enigmatic Italian has unexpected consequences.&nbsp;

And be his wife

Determined her baby will have a better childhood than she did, Charity asks Rocco for financial help. But Rocco has bigger plans in mind: to legitimize his heir by making Charity his wife!&nbsp;

When one night leads to pregnancy

This isn’t my usual fare, but I like Maisey Yates’ voice, and this had an alphahole hero, who tbh is something I like.
Charity is the daughter of a conman, and she’s trying to go straight, but she’s not exactly innocent. She’s worked many a con with her dad, and has been since she was born. But she wanted out. At 22, she’s a waitress and doing just fine, except dad conned her into doing just one more job, then left her to deal with the fall-out.
This time, they stole from the wrong man.
No one steals from Rocco Amari, and he plans on either getting his money back, or getting his pound of flesh. The conman’s daughter isn’t hard to find, and he plans on using her. And he does use her, but he doesn’t count on the fact that he ends up…liking her.
Several months after their encounter, Rocco finds Charity in his office, and she’s telling him that she’s carrying his child. What follows is a bargain where he pays for her prenatal care, and he’ll give her child support, but he never wants to see or hear from her or their child again.
All that changes when memories of his lonely childhood in foster care assail him, tugging on a conscience he refuses to acknowledge. So his solution is that they will live together so that the child can have a good upbringing with parents who live in the same house, nevermind that he and Charity don’t get along. They get on well in the bedroom, and that’s all that matters.
But they start to get to know each other, and of course they fall in love, but the biggest problem is that neither one of them knows how to love.
With a baby on the way, how can they live like this? It seems they both have some growing up to do.
In the end, I liked Rocco more and more, and I like how Charity wasn’t just a doormat victim. She really did steal from him, so he’s not wrong to want to exact his revenge. She’s got a temper, and she’s likeable, and the two of them worked well.
It was a quick, enjoyable romance, between a reformed thief and a bossy alpha male, and I liked it. If you don’t mind your alphas a little more on the alphahole side, then you’ll love this one. 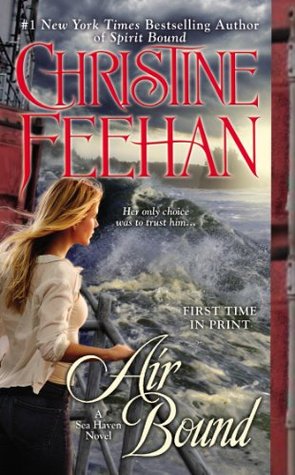