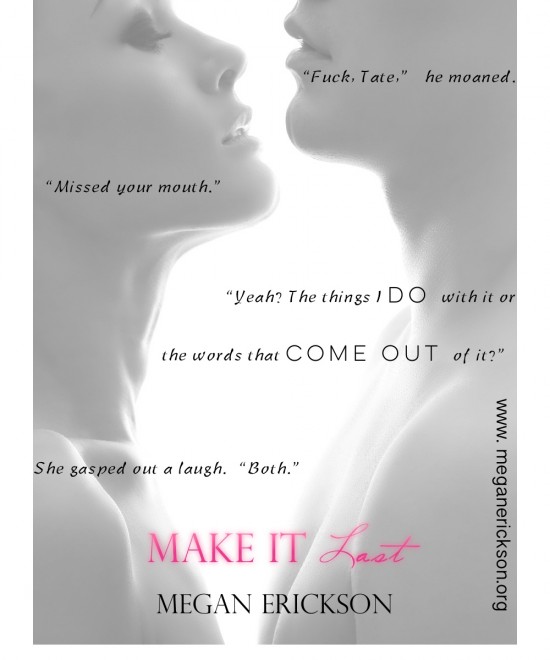 "Cam turned and spotted her legs first. One foot bent at the knee and braced on the brick wall, the other flat on the ground. Her head was bent, a curtain of hair blocking her face. But he knew those legs." 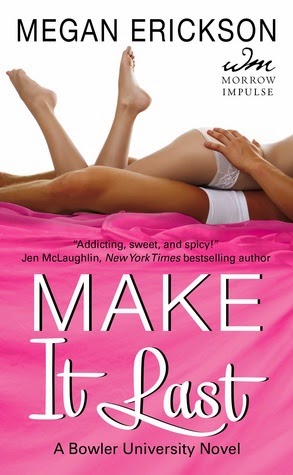 After graduating from Bowler University, the last place Cam Ruiz ever expected to find himself is his hometown. A bad job as a bouncer and worry over his mom’s health make living in Paradise anything but. There’s only one thing that can make his return any harder—running into the only girl he’s ever loved.

Tate Ellison made a mistake when she was eighteen, one that cost her the best thing she’s ever had. She’s always hoped the regret of losing Cam would fade over time. Too bad it’s only grown. She took comfort in the fact she’d never have to face him again, so his presence in Paradise throws her for a loop.

The pull between them is instant and when the truth of what happened years ago tumbles out, they share a mind-blowing kiss…which leads to more. But the past has a way of repeating itself. When all the cards are on the table, Cam and Tate must decide what they are willing to do to make it last.

Megan Erickson grew up in a family that averages 5’5” on a good day and started writing to create characters who could reach the top kitchen shelf.

She’s got a couple of tattoos, has a thing for gladiators and has been called a crazy cat lady. After working as a journalist for years, she decided she liked creating her own endings better and switched back to fiction.

She lives in Pennsylvania with her husband, two kids and two cats. And no, she still can’t reach the stupid top shelf.

Cam turned and spotted her legs first. One foot bent at the knee and braced on the brick wall, the other flat on the ground. Her head was bent, a curtain of hair blocking her face. But he knew those legs. He knew those hands. And he knew that hair, a light brown that held just a glint of strawberry in the sun. He knew by the end of August it’d be lighter and redder and she’d laugh about that time she put lemon juice in it. It’d backfired and turned her hair orange.

The light flickered again but it was something weird and artificial, not like the menthols she had smoked. Back when he knew her.

As she lowered her hand down to her side, he caught sight of the small white cylinder. It was an electronic cigarette. She’d quit.

She raised her head then, like she knew someone watched her, and he wanted to keep walking, avoid this awkward moment. Avoid those eyes he didn’t think he’d ever see again and never thought he’d wanted to see again. But now that his eyes locked on her hazel eyes—the ones he knew began as green on the outside of her iris and darkened to brown by the time they met her pupil—he couldn’t look away. His boots wouldn’t move.

The small cigarette fell to the ground with a soft click and she straightened, both her feet on the ground.

And that was when he noticed the wedge shoes. And the black apron. What was she doing here?

Other than his mom, she was the only one who used his full name. He’d heard her say it while laughing. He’d her moan it while he was inside her. He’d heard her sigh it with an eye roll when he made a bad joke. But he’d never heard it the way she said it now, with a little bit of fear and anxiety and … longing? He took a deep breath to steady his voice. “Tatum.”

He hadn’t spoken her name since that night Trevor called him and told him what she did. The night the future that he’d set out for himself and for her completely changed course.

She’d lost some weight in the four years since he’d last seen her. He’d always loved her curves. She had it all—thighs, ass and tits in abundance. Naked, she was a fucking vision.

Damn it, he wasn’t going there.

But now her face looked thinner, her clothes hung a little loose and he didn’t like this look as much. Not that she probably gave a fuck about his opinion anymore.

She still had her gorgeous hair, pinned up halfway with a bump in front, and a smattering of freckles across the bridge of her nose and on her cheekbones. And she still wore her makeup exactly the same—thickly mascaraed eyelashes, heavy eyeliner that stretched to a point on the outside of her eyes, like a modern-day Audrey Hepburn.

She was still beautiful. And she still took his breath away.

And his heart felt like it was breaking all over again.

And he hated her even more for that.

A Madaris Bride for Christmas by Brenda Jackson Tour & #Giveaway

#Giveaway When a Scot Ties the Knot by Tessa Dare