Lady Claire is All That by Maya Rodale
Series: Keeping Up With the Cavendishes #3
Published by Avon on December 27, 2016
Genres: Regency Romance
Pages: 384
Format: eBook
Source: Advance Reader Copy
Buy on Amazon
Goodreads

Her Brains
Claire Cavendish is in search of a duke, but not for the usual reasons. The man she seeks is a mathematician; the man she unwittingly finds is Lord Fox: dynamic, athletic, and as bored by the equations Claire adores as she is by the social whirl upon which he thrives. As attractive as Fox is, he’s of no use to Claire . . . or is he?

Plus His Brawn
Fox’s male pride has been bruised ever since his fiancée jilted him. One way to recover: win a bet that he can transform Lady Claire, Society’s roughest diamond, into its most prized jewel. But Claire has other ideas—shockingly steamy ones. . .

Equals A Study In Seduction
By Claire’s calculations, Fox is the perfect man to satisfy her sensual curiosity. In Fox’s estimation, Claire is the perfect woman to prove his mastery of the ton. But the one thing neither of them counted on is love . . .

Sigh. I want to like this series. Lady Bridget’s Diary was fun, but it had a lot of the same problems I’m seeing here, and for sure in Chasing Lady Amelia. When you use a movie, for example She’s All That, for inspiration, you run the risk of readers using those actors as the characters. Add that to the fact that I feel like this whole series is full of teenagers rather than adults, and sadly, I feel as if I’m reading about teenagers.

Lady Claire is the eldest of the Cavendish sisters, with their brother being the new duke. They’re Americans, and although their father was the duke, when he met their mother, he gave up the title and they ran off to America. His brother took over, but died without heirs. So, The four Cavendish siblings moved to England.

Claire is a brilliant mathematician. She also feels responsible for her sisters’ happiness and figures if she marries, they’ll be on their own (they wouldn’t be really though). So her brilliant brain decides to deliberately sabotage any chance to meet an eligible man by boring him with math. Add that to the fact that while her dresses are the height of fashion, she keeps her hair pulled back in a bun and doesn’t really care how she looks. She gets a reputation of being odd.

Fox is nursing a broken heart. His fiancee has just run off with an actor. He loved her, or so he thought. He is known for winning. That’s it. Just, always winning. Whether in cards, sport, or women, he wins. But he’s lucky he’s pretty because he’s not especially smart, or so it is said every other paragraph. His friend bets him he can’t turn Claire into one of the Haute Ton. Fox refuses to lose, so even though she looks like a lost cause, he turns on the charm.

But this is where I found Fox to be a good hero. He got to know Claire and found out what she liked, and in the process, he began to like her. And I began to like him. He’s not my favorite hero or anything, but I liked how he tried. He basically is a dumb jock. But he’s not dumb. He just is smart about other things. But he’s all about his looks. That was hard to like at first, which is why I liked how he changed.

I almost didn’t finish this book because by a quarter of the way in, I’d become so irritated with Claire’s intelligence being shoved down my throat, and Fox’s constant quips about not thinking too hard since he wasn’t smart or anything. I’m glad I finished it though, because it did get better, albeit not a lot. I like who Fox became. He was the character who had the most growth, and it was really subtle  and organic. Claire, though? She did sort of grow, and it’s not that I didn’t like her, but she didn’t give Fox enough credit.

Oh! And there’s a certain subplot just…left hanging. I don’t see it being addressed in the next book, since it doesn’t pertain to the duke’s story, but wow, it drove me nuts not seeing any resolution.

This author is such a good writer, I just wish her characters behaved a bit more maturely. They act like teens, based off a  movie about high school kids, and at the end of a day, I wanted someone to stand up and act like an adult.

Note: All four books run concurrently, so you see a lot of the same things happen but from a different angle. This isn’t repetitive, which was nice, but for some reason, the books can feel a bit disjointed. 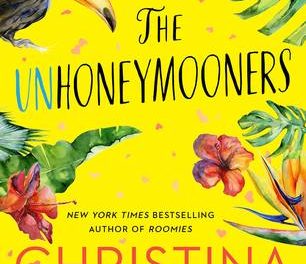