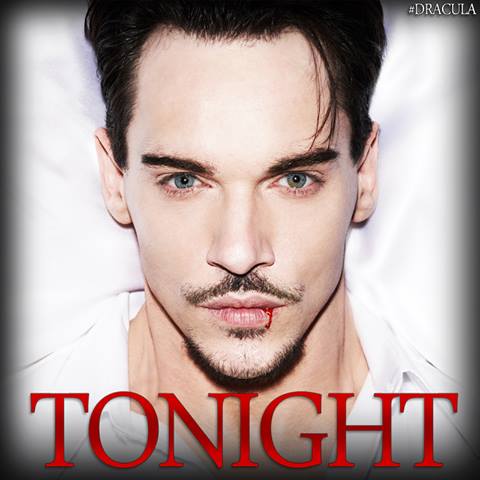 Love hot & sexy vampires? Then join best-selling authors Laurie London and Cynthia Eden Official Fan Page as they count down to the premiere of the new Dracula television show. Stop by any time on 10/25 to talk about the new series and all things vamp. Laurie & Cynthia will be offering special prizes for party attendees.

Then…AFTER the show airs, come back on 10/26 to chat about the viewing with others. Just in time for Halloween, come & get your vamp on!

A look at Dracula, the show:

Golden Globe winner Jonathan Rhys Meyers (“The Tudors”) stars in this provocative new drama as one of the world’s most iconic characters. It’s the late 19th century, and the mysterious Dracula has arrived in London, posing as an American entrepreneur who wants to bring modern science to Victorian society. He’s especially interested in the new technology of electricity, which promises to brighten the night – useful for someone who avoids the sun. But he has another reason for his travels: he hopes to take revenge on those who cursed him with immortality centuries earlier. Everything seems to be going according to plan… until he becomes infatuated with a woman who appears to be a reincarnation of his dead wife. From the producers of the critically acclaimed, Emmy Award-winning hit “Downton Abbey” comes “Dracula,” a twisted, sophisticated and sexy take on Bram Stoker’s classic novel, proving that some stories never die. One-hour drama. (Summary from NBC Dracula page)

I can’t wait for this premiere!  I hope that Kelly and I get to chat with you all online today and tomorrow with Laurie London and Cynthia Eden.

Will you be watching?

SEASON OF THE WITCH MOVIE