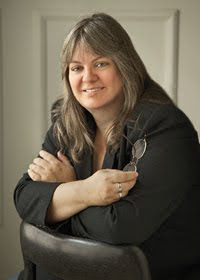 Hi Demonlover fans! Today we have one of my favorite authors here, Jennifer Ashley! And she’s giving away a signed copy of The Madness of Lord Ian Mackenzie to one lucky commenter!

Before we start, I just really quickly wanted to share with you the Mackenzie Family Tree which also has updated info on the latest book releases and future Mackenzie books.

“Hi, and thanks so much for inviting me to your blog.

As you know, my latest release, The Many Sins of Lord Cameron, Book 3 of the Highland Pleasures (Mackenzies series) is right around the corner (official release day August 2).

I’m also thrilled that Book 1, The Madness of Lord Ian Mackenzie, has been re-released with a new cover by Berkley. I’m so happy that Ian is back!

A question I am often asked about this series is: What inspired you? Why did you write about a hero with Asperger’s Syndome? (Ian, in Madness of Lord Ian). Where did you get the idea for the whole series?

The series had been percolating in my brain for a very long time before I even pitched it to my editor.

The idea first glimmered in about 2004, kind of out of the blue. For some reason I remember sitting on my sofa and looking out the window at my lovely back yard as the Mackenzie men walked into by head.

The idea of this family of very bad, bad boys appealed to me. I don’t mean your average rakehell, I mean bad boys with a capital Bad. They live in the stilted Victorian world, but they follow no rules but their own, and they don’t care whether they are accepted in society or shunned by all. Social acceptance is not important to them for any reason.

They’re Scottish, because–men in kilts–and besides, I love all things Scottish. I could imagine these Highlanders–powerful, large men who don’t take crap from anyone–existing in the pristine world of Victorian England. I love incongruities like that.

Also, I saw them coming from a long line of ruthless men, direct descendents of a man who fought tooth and nail to survive with his family after the ’45 wiped them out. “Old Malcolm” Mackenzie had the reputation for being a complete b*stard, but he survived, and the current Mackenzies are quite rich because of him and his hard work. (They’re also dukes, but that happened way back in the fourteenth century. See the Mackenzie Family Tree on my website for more family history.)

The Mackenzie ruthlessness carries from a touch of obsessive compulsiveness and Asperger’s Syndrome, which manifests more in some members of the family than others.

I had always seen the youngest brother (Ian Mackenzie in The Madness of Lord Ian Mackenzie) as having high-functioning autism. Part of what drove his story was me wondering what it had been like for people before autism and Asperger’s was recognized and diagnosed. How would he function in this world, and how would the world interact with him? I fell in love with Ian right off the bat!

But mostly I wrote the series because the characters of these four brothers just got into my head and wouldn’t leave me alone.

They all have their “madness”– Ian with his AS, Mac a crazy painter with a broken marriage (Lady Isabella’s Scandalous Marriage), Cameron a genius with horses and wicked with women (The Many Sins of Lord Cameron), and Hart–the leader, who is brilliant at finance and politics, and basically makes the whole world turn in his hand (The Duke’s Perfect Wife–forthcoming).

Night after night, when I went to bed, the Mackenzies invaded my thoughts, waking and sleeping. I figured that, if they stuck with me that much, maybe they’d stick with readers too.

At the time, I was already contracted to do a number of different books (the Immortals, Nvengaria series, Dragons as Allyson James), and so I had to wait a while before I broke it to my editor that I wanted to do a new series, leading with an Aspie hero.

My editor thought I was nuts, but bless her, she let me do it. I doubt I’d have been able to sell Madness of Lord Ian as a new author on a new contract, but I had an editor (Leah Hultenschmidt, who is now at Sourcebooks), who trusted me and was willing to see what I’d come up with.

And so the Mackenzies were born.

When the series launched, however, the first book (The Madness of Lord Ian Mackenzie) was almost the last book. I won’t go into the troubles at my former publisher, but needless to say, the series nearly died the first day out the door, and I knew I had to take it to a new home or abandon it.

It’s highly unusual for another publisher to pick up a series in the middle (unless it’s a blockbuster or you’re already a blockbuster author), so I was looking at never being able to tell Mac’s, Cam’s, and Hart’s stories.

Enter my editor at Berkley, Kate Seaver (who actually bought my very first novel at Dorchester way back when), who said she’d love to bring my Jennifer Ashley books to Berkley.

Because Berkley’s schedule was already pretty full, she could only find me good slots where she could, which is why the books have unfortunately been releasing a year apart. (The Duke’s Perfect Wife is coming out only nine months after Many Sins of Lord Cameron, so that’s a little improvement.) But I’m just grateful they’re being released at all!

The current book, The Many Sins of Lord Cameron, was a joy to write. Cameron is the biggest, loudest, rawest of the Mackenzie brothers. He spends all his time with his horses, fears he’s a terrible father to his teenaged son, and suffered a lot in his first marriage. Cameron is notorious for taking up mistresses and dropping them quickly, but he likes to keep women at a distance for reasons which become clear in the book.

Until, that is, he meets Ainsley Douglas, a young woman who’d been raised by a houseful of brothers (the McBrides) and who has sins in her own past.

So that’s the story of how the Mackenzies came to be. Any questions?

Thanks so much for inviting me here today!! “ 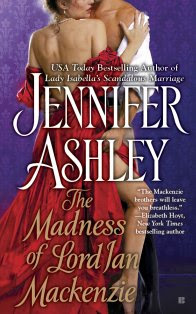 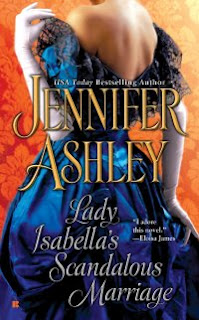 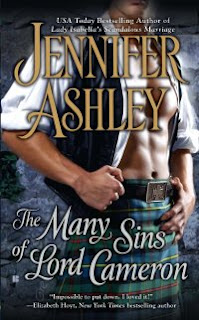 Blogger’s Help PAWS with a CAUSE

A little help from my friends