Iron and Magic by Ilona Andrews

No day is ordinary in a world where Technology and Magic compete for supremacy…But no matter which force is winning, in the apocalypse, a sword will always work.

Hugh d’Ambray, Preceptor of the Iron Dogs, Warlord of the Builder of Towers, served only one man. Now his immortal, nearly omnipotent master has cast him aside. Hugh is a shadow of the warrior he was, but when he learns that the Iron Dogs, soldiers who would follow him anywhere, are being hunted down and murdered, he must make a choice: to fade away or to be the leader he was born to be. Hugh knows he must carve a new place for himself and his people, but they have no money, no shelter, and no food, and the necromancers are coming. Fast.

Elara Harper is a creature who should not exist. Her enemies call her Abomination; her people call her White Lady. Tasked with their protection, she's trapped between the magical heavyweights about to collide and plunge the state of Kentucky into a war that humans have no power to stop. Desperate to shield her people and their simple way of life, she would accept help from the devil himself—and Hugh d’Ambray might qualify.

Hugh needs a base, Elara needs soldiers. Both are infamous for betraying their allies, so how can they create a believable alliance to meet the challenge of their enemies?

As the prophet says: “It is better to marry than to burn.”

Hugh and Elara may do both.

When this idea began as an April Fool’s Joke on Ilona Andrews’ website, I really wasn’t sure what to think, I mean Hugh d’Ambray? Could they salvage him and turn him around? Well, if anyone could do it, it’s Ilona Andrews. However, it’s not just about redeeming Hugh, it’s how they did it. The journey he went through, and how he processes it all.

And…I have to say I loved this book.

This book can stand alone in the sense that you don’t have to have read the Kate Daniels series to read this one. I think you’d be missing out though 😉

If you haven’t read the Kate Daniels series, the quick version is that Hugh was Roland’s warlord, and the Preceptor of the Iron Dogs (his elite troops), and he basically hurt Kate and her friends. He’s not a nice guy. Roland told him what he wanted, Hugh made it happen. In the Kate Daniels world, Roland is an ancient being, like a god. He made the first vampires. Hugh basked in his praise and goodwill for…well he doesn’t know quite how long. Centuries feels about right.

Hugh went too far, and Roland cast him out. This book is Hugh learning about who he is, and who he can be without Roland. And at the beginning? Hugh is a drunk. He drinks to dull the pain and the emptiness of not having Roland’s magic. The rest of his men come and try to force him to see there’s still life out there, and one previous enemy has been systematically taking them out.

But they have no money, no home, no friends, and their reputation precedes them wherever they go.

Elara is desperate. She needs someone to protect her people. Known as the White Lady, she has been chased out of every place she’s settled in, and this time, they’ve been there too long and she isn’t willing to move her people again. This is theirs and she’s going to fight for it. Except they need help. She’s incredibly powerful, but she needs warriors.

An agreement is made that Hugh and Elara marry. Neither of them wants this, but they each need what the other can offer. For room/boarding/food Hugh and his small army will protect them. But Elara is hiding so much from him. I’m so curious what she is. She’s said she was cursed, but we don’t know any details. At the end, we catch a glimpse of how powerful, and a hint as to what she might be, and it’s pretty crazy cool.

I really worried how they would redeem Hugh, and I liked seeing Hugh figure out who he is now that he is no longer Roland’s right hand man. Every doubt he has about Roland brings forth a new piece of Hugh, a new free thought. No longer Roland’s warlord, but Hugh the man. These two quotes really resonated with me.

“He’d just called Roland a moron in his head. The pain echoed through him, but the world kept spinning.”

“This new life, it was just his. Hugh didn’t owe it to anyone. He was building it himself, brick by brick, one shovel of cement at a time…”

I love that Elara is powerful in her own right; she needs to be powerful to go up against Hugh. These two might not know it yet, but they foil each other perfectly. They’ll be a powerful couple, if they can stop their bickering. And I love that they didn’t fall in love right away, that they were definitely enemies to lovers. It added something different to this book. Something that felt unique to me. In getting to know each other, we get to know them too. And I liked the person Hugh is becoming. Elara is who I’m excited about next book, though. I think she’s got something huge going on, and I want to see more of her in the next one.

This writing duo has me hooked. I’ve read everything they’ve ever written, and loved it! This is saying something since some of their stories are Sci Fi. I think if you’ve never read them, you’ll love getting into a new series, and you’ll be okay, not confused or anything. I love the Kate Daniels World, and with the last book in that series coming out, I’m so happy that we get to stay in the universe. I love Kate and Curran, seriously it’s one of my favorite series in existence, but I think what I love most is the world that Ilona Andrews has created. I’m glad to see more characters getting some page time. I don’t know how many books are planned for this series, but I’ll eat them up, whether there are 3 or 30.

Heart of a Highlander by Collette Cameron

Interview/Review with Joann I Martin Sowles 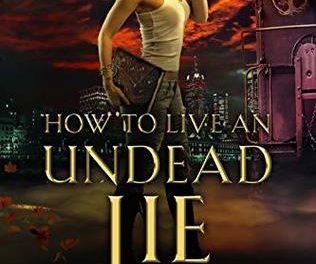