Last week I had the pleasure of interviewing Shannon K. Butcher, Paranormal Romance and Romantic Suspense author. For this interview, questions were pulled from the readers themselves, wanting to know more about her newest series. 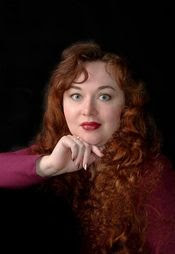 Shannon wasn’t always a writer, in fact she was an Engineer for most of a decade, but that field had lost its luster when she no longer needed to work. Shannon explained that not working lasted about 6 weeks before she got bored. For those who don’t already know, Shannon is married to Sci/Fi novelist, Jim Butcher. Over the years Shannon always helped Jim with problems or worked through issues he had with his books. I asked her how great it is to have Jim as a sounding board for her ideas and she agreed; in fact she said that helping him led her to being a writer. In the beginning Shannon actually started by writing over thirty books, of which she finished eight. She said after the eighth book, Jim felt she was ready to submit her work. Shannon submitted her ninth book, which was titled No Regrets. Obviously it takes time and practice to master the craft of writing, her PNR series The Sentinels Wars is proof that she has succeeded.

Here are a few questions, we the readers, wanted to know:
Q: What was your inspiration to write the Sentinel Wars?
A: “I took all the series that I love and put them together, then found a world they could live together in and make the story work.”

Q: How did you decide on the tree tattoo to represent the sentinel’s soul and its longevity?
A: “I needed a ticking clock to show the reader they were running out of time.”

Q: It seems you’ve been blessed by the book cover gods, what do you think?
A: “I have, but the original cover of the first book was horrible! It was pink and had a 70’s clench pose. It was rejected (thank goodness), they then came up with yummy man back which I liked”
Q: Who do we get to see in Living Nightmare?
A: “This is the story of Nika and Madoc”

Q: Are we going to see a book about Torr, the paralyzed Sentinel?
A: “I’m not going to tell you, because if I did it would spoil what’s going on”
Q: You write some great steamy love scenes in this series, have you ever read something of another author that just made you laugh?
A: “sometimes the euphemisms they use are pretty funny, my favorite is MAN CUDDGLED.”

Q: How many books are slated for the Sentinel series so far?
A: “I have ideas for 9 and am contracted for 6. Depending on how well the series is doing, it can continue. I know how the series will end, but the in between is constantly evolving”

Q: Book 3, Running Scared has some bombshells like; Who made the Sentinels sterile and Who is the father of Helen in the first book. What shocking things do you have in store for us?
A: “Do you really think I’m going to tell you? There’s a ton of large development to be revealed in book 4”

Q: Will you have another series?
A: “Actually I have a new series that is coming out in March 2011, The Edge. The series is about a Rexas based mercenary company that is run by a woman.”

It was so nice to talk with Shannon, she is so sweet and it was similar to chatting with a long lost girlfriend. Her books are imaginative, exciting, romantic and empowering. Her heroines show great strength and stand by their men as an equals and never in shadow.
Shannon’s next book RUNNING SCARED is out in May, followed by LIVING NIGHTMARE in November. I look forward to more in this series and the next; there are many new adventures to come.