How to Wake an Undead City by Hailey Edwards

How to Wake an Undead City Series: The Beginner's Guide to Necromancy #6
on May 28, 2019
Pages: 285
Format: eBook
Buy on Amazon
Goodreads

Savannah has fallen to the vampires, and it’s up to Grier to take out their leader, Gaspard Lacroix, and restore peace. Lacroix might be more powerful and immune to her magic, but she’s got a plan. Too bad it’s got holes big enough for a new threat to waltz through while the city is on her knees.

Now Grier must risk her very soul if she hopes to slay her enemies and prevent her world from going up in flames. But salvation comes at a steep price, and she’s not the only one who will pay. The cost just might break her, and the man who owns her heart.

Quick note: So when I posted the review of Shadow of Doubt, I didn’t know that I hadn’t posted this one first. Oopsie. Hopefully you won’t mind that this one chronologically should have come first. Sorry guys! ~Highland Hussy

This is the last book in the Beginner’s Guide to Necromancy series, and while it was really intense, I didn’t realize this end would leave me so unsatisfied in certain ways.

Grier is at the point where she has to make some hard choices. The vampires are taking more ground than they’re losing, so Society needs to act. With Linus at her side, Grier knows it’s really up to them.

Her grandfather Gaspard Lecroix is plotting something, but they don’t know what, so they evacuate Savannah. The vampires are looting and ransacking everything, and Grier and the Society can’t do much to stop them. There are too many vampires, most under Gaspard’s trance. The only way to stop them is to kill her grandfather.

There are so many hurdles to clear before she even gets a shot at Gaspard, and each one seems more insurmountable than the last. But each time she crosses one, and it seems something might finally be going her way, a new one pops up. She’s not down though. Grier has some tricks up her sleeve that I definitely didn’t see coming. Defeating Gaspard won’t be easy, and once he’s gone, there’s still her own personal hurdles to clear.

But Linus is the Potentate of Atlanta, not Savannah, and he can’t stay in Savannah forever. He’s literally bound to Atlanta, and he’ll have to go back soon. But with such a new relationship, how can they make it work from different cities? The answer surprised and delighted me.

I loved how the Amelie/Grier issue was handled, and I really can’t wait to see what happens with her as she pursues her new life. (Amelie will go on to have her own series, and I’m really excited for it!)

That being said, I think I wanted more. I felt like the ending left a lot unsaid and I can only hope we see more of Grier and Linus in the next series The Potentate of Atlanta.

***I got this book through Kindle Unlimited 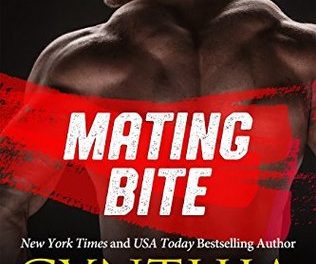