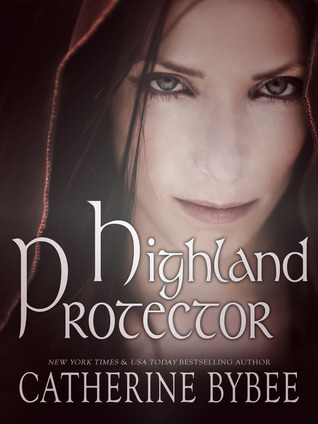 No ordinary hero can save Amber from death... it will take a Highland Protector

Amber MacCoinnich survival depends on her traveling to the twenty first century, or so her mother’s premonition told her. Death taunts Amber and offers peace in her endless pain. Without the mysterious savior her mother spoke of, Amber prepares for death only to wake with a handsome, dark stranger in her bed.

Gavin Kincaid spends his life shifting time in order to preserve and protect the MacCoinnich family and their line even though he’s never met one living MacCoinnich. A haunting portrait of a beautiful woman captures his attention and he embarks on a quest to put a name to the picture. When a colleague vanishes, the time-stream forces Kincaid to the twenty first century where he finds his mystifying woman close to death. His Druid gift can save her, but at what price? And when they both find themselves emotionally linked, the truth behind Kincaid’s heritage just might kill them both.

I met Catherine Bybee this summer when each of us had a book up for the RONE award, and let me just say, she’s hysterical. now I’ve read the first book in  this series called Binding Vows and I liked it, so I definitely wanted to read this one. Plus, hello, time travel and Highlanders? That’s my specialty 😉

Gavin Kincaid is fighting a battle in the 17th century, and his job is to protect the MacCoinnich line. He has druid powers to help him. While he’s fighting, he notices a portrait of a women and not only is he drawn to her, he’s incredibly curious seeing as that painting isn’t in  the castle in his time (2231). Once back in his time he begins searching for that painting.

Amber MacCoinnich is living in the 21st century, but she’s not from our time. Her druid gift of being able to feel what everyone is feeling and thinking is slowly killing her.

Gavin is thrown back to the 21st century and finds the woman from the painting on the verge of death. Can his powers heal her? And what would be the cost?

Catherine’s signature sense of humor, and intense storytelling shine through in  this latest installment of the MacCoinnich Time Travels.

Fighting with a sword ranked up there with having sex without an orgasm. Holding the damn thing took too much energy and the end-result was anticlimactic and messy. Kincaid’s free hand itched to pull any one of his hidden weapons from the pockets of his modified seventeenth century clothes and finish off his opponent. The man’s death was inevitable. He had no earthly prayer of taking Kincaid. Even without the use of Kincaid’s gift, the kilted Scot had two fatal flaws working against him. One, he underestimated his opponent, never a good thing in battle. Two, Kincaid’s Druid gift would prevent any fatal blow from reaching his skin. He was damn near immortal.

Kincaid missed being skewered by the Scot’s blade by lunging to his right and placing one foot on the edge of the Keep’s massive stairs. Above him, other men fought, some with powers, a few without. Preventing the ancient Keep from falling into any hands that didn’t belong to descendants of the original owners, wasn’t going to happen. These missions were planned and orchestrated with extreme caution and precision.

The Scot advanced again—sweat falling from his brow with the effort of the fight.

“Kincaid!” He heard his name from the floor above, but didn’t make the mistake of looking up.

“I’m busy.” He blocked his opponent’s sword again, locked the man’s free arm, and attempted to pull it behind his back.

Kincaid was rewarded by taking an elbow in the ribs and having the wind knocked from his lungs.

“Finish him already. We need to move on.”

Moving on was his queue that their time was nearly up.

“I guess…” He shoved the Scot a foot away and lifted his sword high. “That means we’re done here.”

“Your confidence will be your downfall,” the Scot said.

Kincaid motioned the man forward. …said the spider to the fly…

The Scot advanced with a surge of strength and determination.

Kincaid held his ground, threw up his Druid shield, and watched as shock filled the man’s gaze when his sword bounced off the shield and opened him up for Kincaid’s final blow.

Killing never sat well with him. But he was a warrior and killing was part of his soul. Damn shame that.

Kincaid heard his name called again, and he took the familiar stairs two at a time to reach the others. From the corner of his eye, his gaze met a painting on the wall, one he’d not seen before.

His steps faltered as he connected with the haunting gaze of the most beautiful woman he’d ever seen. Didn’t matter that the painting was one dimensional, or that the woman was most likely dead…even in this century. He did a quick inventory of the other images on the walls and recognized only one. The same painting hung in that very space on the wall, so many years in the future. But this one…the picture of the woman with her long dark hair and pained focus as she attempted to smile, beckoned him. This painting he’d never seen.

“Kincaid! Dammit man, get your ass up here!”

Kincaid shook away the woman’s soulful gaze, bounded up the stairs, and trailed his band of men up the spiral staircase of the turret.

As they moved to the privacy of the bricked room, he noticed the small face of one of the Keep’s youngest occupants watching from behind an adjacent door.

Rory moved to close the door when Kincaid motioned toward their witness.

The child, a girl not more than ten years old watched with wide eyes. She didn’t appear frightened in the least.

Rory lifted his hand, palm up, and from it, a small ball of fire swirled from nothing and hung suspended.

The girl’s wide eyes lifted and a small smile inched at the side of her lips. She lifted her hand and a sputtering of fire sprang from her fingertips.

Kincaid felt his pulse dip as he lifted his finger to his lips “Shh,” he whispered with what he hoped looked like a friendly smile.

Noise from the long staircase met their ears. Rory ushered them inside and closed the door. Before the noise from below became another battle, Kincaid closed his eyes, lifted his shield, and spread it over his small party…then he began to chant and time slid away.