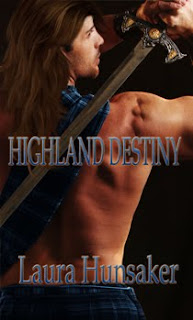 Hi fellow readers! It’s the Highland Hussy here, and I know that a while back I’d mentioned my book was coming out soon, well, the release day is next Friday, November 26th!! I thought in honor of release day, I’d offer an ARC to a random commentor this week. So, anyone who comments on any of the Highland Destiny posts this week will be entered into a drawing to win an ARC of my book. Winner will be picked on Thursday. Just make sure you leave an email for me here.

If He’s Dangerous by Hannah Howell

Book Review: Demon from the Dark by Kresley Cole