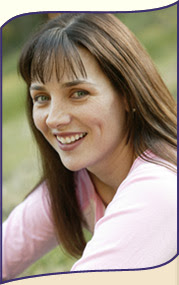 I had the great opportunity of interviewing Monica McCarty this past week. Not only is she an amazing writer, but she is one of my favorites, and has been since I first picked up Highlander Untamed. One of my favorite tidbits about Monica, is that she got interested in the Scottish Highlands, and writing on our sexy alpha males, by studying law at Stanford! In her third year, she was writing a comparative law paper on the Scottish clan system and feudalism, thus leading to her love affair with hunky Highlanders.
Her past two trilogies (The MacLeods and the Campbells) have taken place during the same timeframe- late 1590s, early 1600s. Today, with The Chief hitting bookshelves, Monica shows us what she can do with the 14th century. I asked her why change what’s proven very successful, and her answer was
“I love the early 1600s, but when I decided to write what I called the “Special Ops in Kilts” idea that I’d been banging around for a while (8 years!), I needed a historical framework that would work, i.e. a reason for an elite group of warriors to join forces. The Scottish Wars of Independence were pretty much the natural choice. I was a huge fan of the Braveheart movie and especially intrigued by Angus MacFayden’s portrayal of Robert the Bruce. But it left me wondering how this “traitor” went on to become one of Scotland’s greatest kings. The Highland Guard picks up where Braveheart left off. Literally. THE CHIEF opens with William Wallace’s death.”

What an intriguing idea! So next I wanted to see how she picked the title for the new trilogy, the names being, The Chief, The Hawk, and The Ranger.
“I don’t want to give too much away, the how and why are explained in THE CHIEF, but they are basically “noms de guerre”—war names. There is kind of a funny story for how I came up with the list of possibilities. I knew I needed a bunch of strong and “alpha” sounding names, so I naturally—being the wife of an ex-baseball player—went straight to sports teams. All the names except for maybe one are from sport teams.”

My next question focused on how Monica writes. I’ve always been interested in how some writers write by the seat of their pants, and others plan out minute details way ahead of time. Monica seems to fall somewhere in the middle.

“I wrote my first book (what became HIGHLANDER UNTAMED) “seat of the pants,” i.e. no outline at all. But once I realized you needed a synopsis to sell, I started writing that first and then proceeding from there. Once I sold, having the good working synopsis became even more important because I need to submit it to my editor for approval before I start writing. So, now I’m pretty much a “tweener.” Not a pantser but also not a plotter. I like to have a good flight plan and know where I am going, but leave some room to figure it out (or change course) along the way.”

And following that line of questioning, I also asked Monica if her side characters “speak” to her, telling her they would like their own story, but she feels she pretty much knows who will get his or her own story ahead of time.
I wondered if since her release dates are all fairly close together, how that changes the way she writes?

“My deadlines have been crazy since I sold, in order to take advantage of the wonderful opportunity Ballantine/Random House gave me to come out in back-to-back months. I have been writing on 5 and 6 month deadlines, which when you factor in planning, synopsis writing, copy edits for prior books, etc. leaves me about 4 ½ to 5 months of actual writing time. Ideally, I would love to have about 7 months to write, with 8 between deadlines. I am a very slow writer and, as you’ve probably noticed, my books are long. I’m basically writing from 10 to 6, M-F, but it’s sometimes longer. Whatever it takes to reach my word count. I was working 7 days a week, but the past year I’ve forced myself to stop writing on the weekends to spend time with my family. It was getting ridiculous. This means I have to be very disciplined about my weekday schedule, devoting it solely to writing the current manuscript. That means that I have to say “no” a lot, unfortunately, to other things.”

One of the things I’ve always wanted to know is if Monica has written anything that was never published, and if so, would we ever see them?
“Yes, I am on my eleventh manuscript, but that will actually be my ninth published book (THE RANGER). The third and fourth books I wrote are Regency set historicals that have never really been marketed. The first one was a Golden Heart finalist. It garnered a few rejections before my agents pulled it and decided to try to sell the Scottish books instead. I definitely hope to see them published some day. I’m just waiting for the right time (and enough of a break in my schedule) to bring them out.”


And last, I asked Monica if she had any advice her fans or to any aspiring writers reading this,
“This business can be very discouraging, but don’t give up. Keep writing, keep honing the craft and learning about the industry. RWA has been invaluable to me.I think I have some of the best readers in the business! People have been so wonderful. It is seriously the most amazing feeling to open up an email.”

You can visit her at http://www.monicamccarty.com/
And don’t forget to pick up a copy of THE CHIEF today-review coming soon!