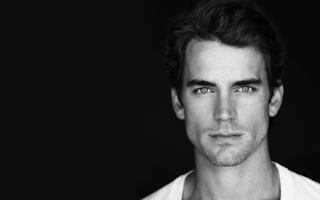 No, I am not delusional and yes, I am fully aware that this is actually a picture of Matthew Bomer; but hear me out.
When I started writing the Demon Legacy series, I wrote in this character of Lucas Tremayne.  Lucas is actually the brother of one of the main characters in the series and ended up being one of the stars of the prequel, Burning.  It wasn’t my intention in the beginning but I am glad it worked out that way because the story of Lucas and Natalia was essential.
While writing Lucas as a character, I had this picture in my head of what he should look like but he was a victim of Blurry Face Syndrome.  I knew his mannerisms, I knew his personality and I had a general image in my head of what he looked like but no solid face.  Then one day, while curled up with my husband watching the movie ‘In Time’, I saw him.  In the movie, the character was Henry Hamilton, a man with way too much time on his hands.  Literally.  There is this on pivotal moment in the film where Henry is watching Justin Timberlake’s character sleep.  He’s contemplating this massively huge decision.  The camera really focuses on him just looking at the other man, a pained search in his eyes.  In that moment, I saw Lucas Tremayne.

This image is the exact moment that I am talking about but it’s within the same scene.  The intensity his gaze carried is what struck me.  It was the same intensity that I would picture Lucas having when gazing at Natalia.  His love for Natalia is so much bigger than anything Lucas has ever experienced and I could picture him just looking on her with intense wonder while she slept.  The gaze was caused by much different things but in my story versus the film but it felt the same either way.  Just intense.  Aside from the gaze, he fit everything else too.  The look was PERFECT!  I needed to know who this man was.  I Googled and discovered Matthew Bomer, the man with the most intense blue eyes in Hollywood.  I smiled to myself as I realized I had found my Lucas.
As I stated above, Lucas ended up becoming the star player in Burning, the prequel for the Demon Legacy series.  I realized while writing the first book in the series that the story of Lucas and Natalia really needed to be told.  The love that they share completely changed Lucas as a person and his actions in the series really couldn’t be understood without the reader experiencing what he went through.
Burning kicks off just prior to the beginning of the first book in the series.  Rather than cramming the story awkwardly into Book One, I decided that I would give their story its own place on the book shelf.  I am happy to announce that Burning is officially out!  Here’s the synopsis and a little taste of what it to come for them and their story:
Lucas was a typical playboy – lots of alcohol and a different girl every night.
One woman brought his emotional walls and the beliefs he used to build them
crumbling to the ground.
Now, an unexpected visitor is going to change both their worlds forever.
I hope you enjoy reading the story of Lucas and Natalia as much as I enjoyed writing it!
For more information regarding J.M. Gregoire and the Demon Legacy series, go to http://jmgregoirebooks.com
THE GIVEAWAY
Simply fill out the form below &
you are entered to win a free copy of Burning
This giveaway is international.

Winner will be announced on Friday, October 5th