#Giveaway and Promo: Getting Lucky by Jennifer Seasons

Welcome to Fortune, Colorado—where the air is clean, the men are rugged, and the all the good ones… are bachelors.

Born into the infamous Charlemagne equestrian empire, Shannon has been raised to do whatever it takes for the family business. Even if it means going undercover and digging up dirt on a competitor. It's easy enough when she believes he's a bad guy whose success seems too good to be true. In fact, Shannon's excited to put the aggravatingly sexy Irishman in his place and get back in her father's good graces. All she needs is to stay focused on the goal… and out of Sean Muldoon's arms.

From stealing a thoroughbred racehorse from the Irish mob to striking gold in the mountains of Colorado, there's little Sean hasn't experienced. But when it comes to resisting his hot new stable manager, he's out of luck. With the mob hot on his heels, keeping Shannon off their radar is all but impossible, and he's not about to put her in danger too. Sean wants Shannon, but how can he offer her a future… when he can't even guarantee tomorrow?

So I’ve been on a Small-town Romance kick lately, and doesn’t this book sound good? Read the excerpt, guys, it sounds like this book will be both fun and sexy. At the bottom is a Rafflecopter you can enter to win!

Humor shimmered in her sister’s hazel eyes as she tipped her head toward the huge Pine Creek Ranch sign that hung suspended from wooden beams arching over the entrance. Her blond hair brushed across her freckled cheeks as she said, “I wouldn’t be so hasty in keeping those girls on the shelf if I were you . . . I saw Sean Muldoon in person.”
“When?”
“During the races in Kentucky this past May with his Triple Crown winner, Something Unexpected. This guy that Dad is sending you to spy on is full-on Irish—with the accent to prove it—and downright sexy. He’s like an Irish Dove bar—you know just by looking at him that he’s dark, smooth, and addictive. He moves with this loose, long-limbed gate and has an easy smile, but there’s something almost dangerous about him just bubbling under the surface. It’s seriously potent.” Colleen fanned herself and grinned. “It’s too bad I’m such a blabbermouth, because I’d dig up the goods on him, all right.”
Shannon remained silent and waited for it. It had to be coming.
“Of course, I’d see if Muldoon was as fast to the finish line as his racehorses are while I was at it, if you know what I mean.” Her sister finished with an overly dramatic eyebrow wiggle and wink.
And there it was. Right on schedule. That’s one of the things she loved most about her only sibling—she was reliable. If there was ever an opening for a crude comment to be slipped in, you could bet she was all over it.
That’s what she said, Shannon thought.
Crap! Damn it, now Colleen had her doing it too. Figured.
“Let’s go through this one last time,” Shannon said briskly. “I’m supposed to find this Sean Muldoon and tell him I’m responding to his ad for the stable manager position and convince him to hire me.” She stared down the long gravel lane beyond the ranch’s entrance as it lazily rounded a bend and disappeared into a sea of aspen, spruce, and pine in the distance.
Into Sean Muldoon’s ranch.
She’d learned from her father that Pine Creek sat on about one hundred acres, though it was hard to tell at the moment from the thick grove of trees that flanked each side of the single-lane road. It looked more like the entrance to a state forest, not a sprawling horse ranch.
But, as Shannon knew better than most, looks were most often deceiving. Nervously swiping her hands down the thighs of her worn denim jeans, she continued reviewing the plan that their father had designed, hoping that repeating everything would help her focus.
Colleen opened her mouth and started to say, “That’s why you should—”
Shannon held her hand up like a crossing guard. “I know, use the ladies. I get it.” She probably could if she wanted to, honestly. They weren’t bad. A quick glance downward confirmed that claim. Not bad at all. A little on the small side, but so what? What she lacked up top she made up for on the bottom with an ample and curvy derriere.
Depending on the day, that was either a blessing or a curse.
However, given that she was a professional equestrian and spent half her life bouncing around on a horse (with skill and grace, of course), having the extra padding was more often a bonus than not. Her butt was like a car’s suspension system—it absorbed the shock and made the impact of jumping her horse feel like the smooth ride of a Rolls Royce. Not that she was going to upstage big-butted celebrities or anything, but it wouldn’t be a runaway victory if they did compare backsides. Only she had earned hers the cheap and easy way: genetic inheritance.
Colleen cleared her throat. “Dad’s gut is saying that either Muldoon or one of his trainers is doping the Thoroughbreds with steroids before the races.” Her sister’s eyes flickered and unfocused briefly, like she was recalling a memory. “I’ve seen them run. They’ve got rockets for hooves, Shan.”
No wonder all of the company’s clients had bailed on their breeding program over the past few years. Shannon knew they were down to a teeny-tiny trickle, and if she didn’t find a way to reverse that fast, then they were going to go bankrupt and lose the farm. And it was the only thing of material value they had left. Over the years her father had sold off everything else. All the jewels, cars—everything. It hadn’t escaped her notice that the walls of her childhood home were now mostly bare, when priceless Monet originals and the like had once hung there.
Not for the first time, she wondered what had happened to all the family’s money. Where were all their millions disappearing to? It didn’t make sense. Not in the least. But pondering that made Shannon’s stomach go tight and queasy, so she stopped. With effort she grappled with her thoughts and redirected them to the immediate problem at hand. 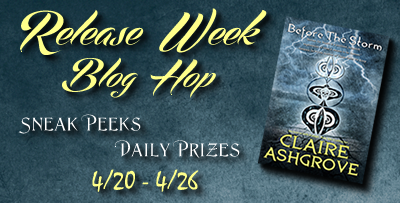 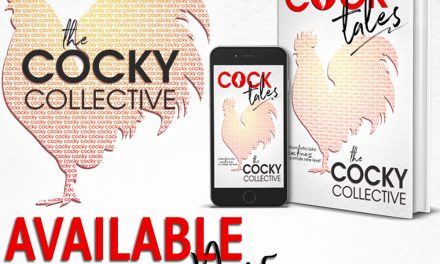