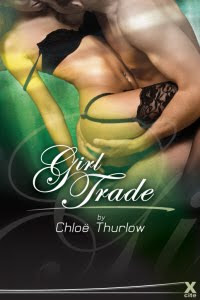 Um…yeah. I couldn’t even make it to the end because I just found the whole thing ridiculous. Some early twenty something girl, who obviously is a complete moron, decides to swim naked to an island off the coast of a country that she doesn’t speak the language to…stupid.

Then I’m subjected to some “philosophical” BS that only a young slut would use in order to try and justify the ‘bohemian’ treatment she’s being given. I’m not being puritanical in my judgement here, I defy any sane person to read a chapter of this and not want to just completely haul off and slap the sh*t out this twit. We’ve all known this girl. No sense of self, so she whore’s out to whomever and justifies it as “finding” herself. Puhleez.

Not to mention it’s basically rape that leads her on this discovery of self. Call me crazy, but some old man who doesn’t speak your language binds your hands, forces you to give him a bj, then beats you (because I can’t call the spanking he gives erotic), then pees on you…that man would not live to see his next breath. The moment he turns his back on me…I’m shoving him over the side of the hill we’re walking up. Yeah my hands may still be behind my back, but will find something to cut the thin leather cord (from a necklace it can’t be that strong) or pretzel myself until my arms are in front.

I won’t even bore you with the rest of the humiliation and forced, then unforced sex she has. Not to mention the constant crap this girl is thinking throughout. I gave it the good college try, I really did. I made it half way through…that’s over 100 pages before I had to either give up or slap a stranger that was nearby because I couldn’t slap this idiot. I skimmed through the rest to see if she ever does anything interesting…nope.

The sad thing is that if the author took out this twit and her sexual awakening, there’s actually a good bit of writing there. Her descriptive writing style would really work if it was in another context. But in this it’s a complete waste of talent.