Forever a Lord by Delilah Marvelle

Forever a Lord by Delilah Marvelle
My rating: 5 of 5 flames

One day on twitter I saw a book trailer that rocked my socks. I don’t say this lightly because most book trailers, even those of KMM and Sherrilyn Kenyon, are crap. There are very few that (to me) do the job. This one got the job done.

That day I posted the link here and saw that it was on netgalley.com.

My thoughts after finishing and losing sleep due to reading too late? 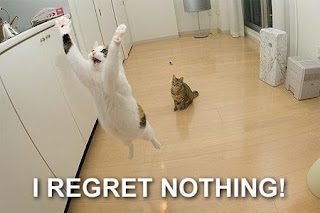 This book starts out with a heartbreaking prologue and an unusual beginning, so of course, I was hooked.

At age 10, Lord Nathaniel James Atwood learns something damning about his father and in his young mind, he knows how to fix it. He threatens the man blackmailing his father, but. . .his gun misfires. The young man abducts Nathaniel, thinking to ransom him back. However, the price is too steep. His father doesn’t save him. The young man keeps Nathaniel, befriends him, and one day many years later, lets him go. What is Nathaniel to do?

Fast forward to chapter one and we see a man readying for a round of boxing. He’s nothing like the aristocratic young lord who tried to defend his father’s honor. He’s older, he’s rowdy, he’s going by a different name, and it seems, he’s married. Or rather, widowed (not a spoiler-happens in chapter 1).

He finds out his late wife, to whom he’d told every sordid detail of his true identity, had answered an ad in the newspaper about a missing lord. One Nathaniel Atwood.

He decides to go back to London after all, but only long enough to kill his father. This trip to London lands him in the arms of Lady Imogene Norwood. And what happens from there is both a beautiful and a intense, sometimes dark story. The realistic and gritty setting in this book is a first for me. And I loved it.

Imogene won’t give up on Nathaniel, and Nathaniel won’t let her close. There is so much more going on in this story than a romance, or revenge. He continues to box while in London, and Imogene wants to back him, financially. Proposing a marriage to him, the two of them become partners, friends, lovers. It’s beautiful, and totally worth the lost sleep.

Read this one, you won’t regret it!

***ARC courtesy of netgalley and HQN