When an American teenager disappears abroad, Clara Roberts, a by-the-book investigator on a secret mission, joins forces with Light Walker, an ex-SEAL turned lawless mercenary, to save her. The sparks they generate—and the trouble they stir up—threaten to set the jungle ablaze. Nothing is what it seems in this fast-paced romantic thriller. As attraction grows into love, looming danger turns into all-out war, and the whole region explodes around them. Clara and Walker must hold on to each other and race against time to survive.

I saw this book tweeted out as a deal the other day, so I went to check it out. The excerpt hooked me. I bought it, and read it, and it’s good. But…

I didn’t like the hero too much. He was redeemed, but with his personality, I think it would be very VERY hard for him to accept a desk job. It really seems like it would be torture.

The heroine. Okay, I liked her to a point. She’s all no-nonsense and spreadsheets and intelligence and I liked her. But she had some dumb moments.

Clara is part of a small DOD branch that retrieves Americans who are missing abroad. She’s been in the field for about a year, but her job is mostly research and paperwork. She’s very black and white, either it fits in a column on a spreadsheet, or it doesn’t. Although her job requires her to go out in the field, it’s usually just dealing with other authorities who are just fine with her taking some of their workload.

So when her dad, a general, and the head of her department, gives her an off the books case down in drug cartel territory Mexico, I was kind of surprised that A) her dad asked her to do this knowing how dangerous it is, and B) didn’t have any other contacts who could do this. Oh and C) seriously, he sent his daughter?

Quick and dirty, the general is diagnosed with cancer again, and the prognosis isn’t looking good, so in a moment of weakness, he and his housekeeper’s niece get it on. She’s 17. She takes pictures. And then he asks his only child to go retrieve her since she’s gone missing? Seriously? And Clara is pissed as hell. Her contact is a man named Light Walker, who is supposed to meet her in Mexico and help her establish a connection with the locals and give her the lay of the land.

But Clara sticks out. She has pleats in her jeans for crying out loud! She literally ironed pleats into her jeans. And she 100% believes that she’s going to pass for undercover in her jeans and baseball hat. It’s funny at first, but when I realized she genuinely thinks she can handle herself undercover I was like, okay she’ll see quickly how wrong she is. But it took like three quarters of the book for her to realize she was in over her head. She really thought she could deal with the DEA and the local police and they’d help, even after he proved that she couldn’t. That was probably my biggest problem with the book.

Walker is a former SEAL who is on a vengeance mission to find who killed his brother and to make him/them pay. He’s setting something big up to pit the cartels against each other, and it’s going to blow the towns to hell. So when this favor he owes the general comes up, it’s at the worst possible time. And his first order of business is to scare this American DOD investigator back to the States.

Seeing Clara in the bar, he is floored. They sent a woman. A woman who can’t blend in. A woman who is already in trouble with a cartel boss. So Walker goes in and saves her, and kills the boss. It’s a bold move, but he has reasons. And he isn’t going to explain those reasons to Clara. He lets her think he’s an ass. He wants her to leave (this is still only like chapter 3 by the way).

Clara and Walker flee through the jungle. She continues to impress him, and he continues to keep her alive. Walker succeeds in proving to her that the girl she’s searching for is more than likely dead already. Clara refuses to return to the States without at least a body. Until all the plans Walker has set in motion finally come to a head.

I won’t spoil the rest of the action, but this book would make an amazing action movie! Really, it would! But as far as a romance novel, I wasn’t loving it. It’s hard when you don’t really like the characters that much. I think Walker was…buried deep inside his hard-ass persona, but I didn’t warm up to him until the end. And the ending felt…off. like this seriously action-packed story suddenly was trying to be funny. It was awkward and weird. In fact there’s like a half a paragraph that made me believe the general didn’t actually sleep with the girl-it was a set up and she roofied him. This felt like it needed more than a couple sentences explanation since it’s what started the whole book.

I’d say that if you really enjoy action-packed rescue ops, this book will work for you, but neither character really has a softer side. The writer obviously knows her stuff though because it all rang true. Right now, it’s only $.99 and I’d say it’s worth it for sure, but I don’t think I’d pay full price.

How to Break an Undead Heart by Hailey Edwards 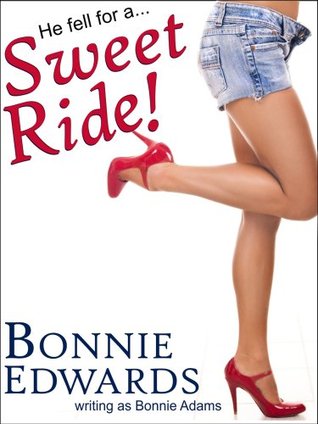