Trez “Latimer” doesn’t really exist. And not just because the identity was created so that a Shadow could function in the underbelly of the human world. Sold by his parents to the Queen of the S’Hsibe as a child, Trez escaped the Territory and has been a pimp and an enforcer in Caldwell, NY for years- all the while on the run from a destiny of sexual servitude. He’s never had anyone he could totally rely on... except for his brother, iAm.

iAm’s sole goal has always been to keep his brother from self-destructing- and he knows he’s failed. It’s not until the Chosen Serena enters Trez’s life that the male begins to turn things around... but by then it’s too late. The pledge to mate the Queen’s daughter comes due and there is nowhere to run, nowhere to hide, and no negotiating.

Trapped between his heart and a fate he never volunteered for, Trez must decide whether to endanger himself and others- or forever leave behind the female he’s in love with. But then an unimaginable tragedy strikes and changes everything. Staring out over an emotional abyss, Trez must find a reason to go on or risk losing himself and his soul forever. And iAm, in the name of brotherly love, is faced with making the ultimate sacrifice...

Wow. Where to begin. So I’m not sure how many of you are aware of the spoiler that JR Ward posted, but I’m grateful she did. I decided not to buy this book after reading it. But after a few days online and seeing the reactions, I figured I owed it to you guys to write an informed review of why I didn’t want to read it. And perhaps it would have surprised me? I decided to put my money where my mouth is.

Many many of my friends were torn on this book. Some whose taste is so similar to mine, loved it! Others, felt betrayed.

But I knew this from reading A) reviews B) JR Ward’s spoiler. Words from the author’s own mouth are what decided this for me. I knew I wouldn’t like it, I knew how it would end…and yet…I still had hope.

For example, if I see cheating…I know it’s a hard line for me. I won’t like it. I know my taste. I know whose reviews I can trust to have similar issues. So when I see that heroine dies, but isn’t saved miraculously, I’m out. I’m supposed to read almost 600 pages and NOT get a happy ending? Are you serious? We joked on twitter comparing this to a Nicholas Sparks novel, but the reality is that with Sparks, you know what you’re getting into, he doesn’t call his books romance, AND HE DIDN’T SPEND 13 BOOKS SETTING UP HEAs IN A WORLD WE’VE COME TO LOVE.

That is the worst part of all of this; I feel lied to. You don’t spend years building up a Paranormal Romance series, and base, and fans galore, just to slap them in the face.

She broke my trust.

As an author, I will tell you, part of the plotting of a Romance novel is that you try your hardest to find some insurmountable defining Black Moment, and you make your characters overcome it. They win, they endure, they survive the trials we authors throw at them. They don’t get an easy happy ending, they have to earn it.

As a reader, you pick up a romance novel knowing that you have a hero and a heroine who by the end, will not only have fallen in love, but they’ll have earned that love. They will deserve every happiness they’ve worked for. Could you imagine picking up a Mystery novel and…never finding out whodunnit? Of course not!

In Romancelandia, you have either a Happily Ever After (HEA), or a Happily For Now (HFN). This is the Golden Rule in Romance. They overcome remarkable odds and they win at the end. Someone actually said “Not all books have to have a happy ending…” well, yeah, in romances, they kinda do. It’s the point of reading a Romance novel, rather than say, a Literary Fiction, or Urban Fantasy. And I’ve seen people mention that the WARDen is leaning towards UF, but I call shenanigans. She’s going back to her roots with the Bourbon Kings and the Black Dagger Legacy books. She obviously knew her fans want more romance, or she wouldn’t be going back to it.
And this book wasn’t UF. It was a Romance with no HEA.
I’m done with the Brothers, which is a shame since they were my first introduction to vampires post-Twilight. I’m done with Ward, because I don’t trust she won’t do this again to us.
Her comment about how she grieved for her dog through this book…Okay, then write the ending where everyone dies, let it be cathartic, then put it away. Write the book with a HEA, and then release the other part as a bonus 6 months down the road. It’s a win all around! And I don’t think anyone would be mad, because they’d have gotten the HEA. KMM did it with the The Dark Highlander by putting most of her first draft in Into the Dreaming, it made a lot of money, and we all had the other version so we were happy.
I haven’t even touched on the minor romance where iAm gets his HEA. Maybe maybe if this had been iAm’s book where his romance was forefront, and 500+ pages were dedicated to him, rather than Trez and Selena, I’d be more okay. But his romance is so secondary and so minimal, that it definitely doesn’t take the sting from the betrayal. If anything, I think it makes it worse.

Next up is Rhage and Mary. Again. DON’T MESS WITH THEIR HEA, WARD! Why return to them, and give them some contrived issue about his prior promiscuity? Why not move on to Saxton? Or Layla and Xcor? (which btw, WTF, Ward, was that even necessary?).
So, I’m done. I’m out. The End. I won’t be returning to the BDB, I won’t be reading Ward’s spin-off, or her new Contemporary series, even as she cries Romance! I have romance again! I can’t. It’s not even a matter of principles, it’s that, as I said, she broke my trust, and I won’t go back for seconds.

This reads like the previous BDB books, but the heroine dies at the end. I won’t read Ward again, she’s broken my trust as a reader, and pissed me off.

Other posts with a 1 star rating 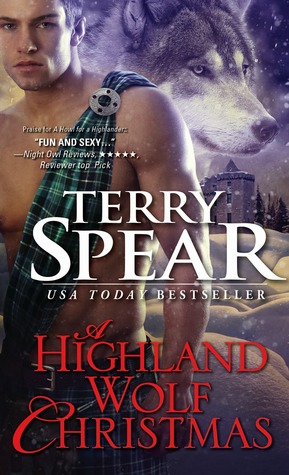 Review: The Perks of Being a Beauty by Manda Collins