Welcome these special authors and please enjoy this stop in the #DarkTour!

We’re Laurie London, author of the Sweetblood series, and Erin Kellison, author of the Shadow series. To celebrate the releases of our e-novellas, Hidden By Blood by Laurie and Shadow Touch by Erin, we thought it’d be fun to ask each other questions and give away a lot of swag, so stay tuned.

First up, Erin has some questions for Laurie:
1.  How did you come up with the idea for your Sweetblood series and for Hidden by Blood, in particular?

Regarding the series as a whole, one of the things I thought about was whether there could be other causes for the symptoms of Seasonal Affective Disorder that just a lack of UV light. I blamed the weather for my tiredness, but what if it was because I didn’t know I’d lost blood because of a vampire?

In Hidden By Blood, I kept seeing a human man held prisoner by someone with latex gloves and a syringe. Turns out former Army Ranger Finn McKentry was being held as a blood slave because he’s a sweetblood, a human with a rare blood type that’s addictive to vampires. Unbeknownst to him, Brenna Stewart, a woman he’d once loved and lost, is also a vampire. Turns out, she’s the only one who can save him.
2.  What is your writing process?

I set myself a certain amount of words or pages I need to write each day and week. I don’t do other things until I’ve made my goal.

I definitely wouldn’t want to know about the existence of vampires. Ignorance is bliss. If I were a sweetblood, I’m still not sure I’d want to know either, because I’d always worry. However, I would want to be well versed in self-defense techniques and carry a silver blade.

4. Of all the characters in your Sweetblood series, which is the one you identify most with and why?

Probably Brenna from Hidden By Blood. She’s cautious and doesn’t like to take risks.

5. Did anything surprise you when you were writing Hidden By Blood?

Yes. Finn! He’s bolder and has a much naughtier streak than I had expected given that he’s a human caught up in the vampire world. But he is the perfect match for Brenna. He caused her to step out of her comfort zone and got her to change.

6.  Do you have any writing quirks?

When I start dreaming of my characters and story, that’s when they come alive for me on the page. Until then, everything feels flat and the writing is more difficult.

1.How did you come up with the idea for your Shadow series and for Shadow Touch, in particular?

I was scared of the dark when I was a kid, so shaking-in-my-bedsheets scared that I used to watch the deepest of the shadows carefully just in case something was lurking within them. (If you look at something long enough, I swear you will see it move.) After a while, I wondered if shadows were permeable, if there might be something—a mysterious world maybe?—on just the other side. That world became my Twilight.
As for Shadow Touch, as I was writing the first two books in the series, I started thinking about the shadows that are attached to people. And I wondered what would happen if a shadow had a mind of its own. And I wondered what aspects of personality would be manifested in the dark half. Ellie Russo and her shadow were born.

2.What is your writing process?

I stew a while until the story idea and main characters are kicking around in my brain, ready to go. Before I begin writing, I have some general idea of a scene or two up ahead that I am writing toward. And then I work straight through. Snacks are key. My critique partners read as I write, as does my husband, who also has to endure semi-incoherent ramblings as new ideas come.

4.Of all the characters in your Shadow series, which is the one you identify most with and why?

Tough question, and for kinda hard reasons. It would have to be a secondary character named Zoe. She and her Shadow-gifted (and very sick) sister make appearances in all three books. But during the writing of my second book, Shadow Fall, and the third, Shadowman, my own sister had a serious health scare. (She’s doing great now, btw.) But I put a lot of my concern and feeling from that time into Zoe.

5.Did anything surprise you when you were writing Shadow Touch?

At the outset, I concentrated on my main characters, Ellie and Cam, but during the writing, I fell in love with the character of Laurence. I knew the moment he got out of the car that I would be writing more of him. And I will. He’s alive in my mind and will be making future appearances. I don’t know what’s to become of him, but I’m excited to find out.

6.Do you have any writing quirks?

No real writing quirks. But I am scared of the webcam in my laptop, especially since someone threatened to turn it on remotely.  It’s like an evil Cyclops eye looking at me. Now I have a band-aid covering it. So unless someone has super powers, they can’t see me through it anymore. And they’d need some hard-core telekinesis to remove the band-aid remotely. J Paranoid? A little.

You can find Shadow Touch here:

B&N ($1.49): http://search.barnesandnoble.com/Shadow-Touch/Erin-Kellison/e/9781420123951/?itm=1&USRI=erin+kellison
Friend and follow Laurie and Erin here:
www.LaurieLondonBooks.com
www.facebook.com/LaurieLondonAuthor
www.twitter.com/LaurieBLondon
www.ErinKellison.com
www.facebook.com/ErinKellison
www.twitter.com/ekellison
One lucky commenter who answers the following question will win this awesome prize package:
1.  Bonded By Blood
2.  Shadow Bound
3.  My Immortal Assassin By Carolyn Jewel
4.  Romance Trading Card from both series
5.  Bookmarks from both series
If you had the chance to ask your favorite author a question, what would it be?
Please leave a comment below with the answer & your email addy to contact you.
Goodluck! 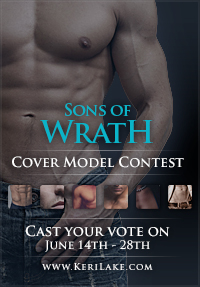