Two years ago her world was turned upside down…

Sage Miller’s life changed irrevocably with one violent act. Longing for anonymity, she relocated to the coast of North Carolina. Just when her life is settling down, a sexy man from her past shows up and wants to pick up where their explosive relationship left off. And this time, he’s the one calling the shots.

This time he’s not letting her go…

Former Navy SEAL Trent Takoda spent an intense week with the sexiest woman he’d ever met—before she disappeared in the dead of night. Now that he’s found her again, he’s not letting go. When a vicious stalker with ties to her past tracks her down, all bets are off. With a deadly enemy hunting her, Trent will do anything to protect her and prove they belong together.

Author note: Dangerous Deception was previously published elsewhere. It has been revised, edited and slightly expanded.

Note: This looks like a revamped and expanded version of the first edition. Perhaps the author got her rights back from her publisher and reworked it?

Sage is starting a new life. She longs for anonymity and a new start. On her way to start her new life she stays at a B&B where she meets a man name Trent, and even though they hit it off and spend an amazing week together, she runs off in the middle of the night.

Trent spends almost two years looking for her, even using his former SEAL contacts to help him find her. But he can’t find her anywhere. It’s as if she never existed.

Sage is now settled in her new life, and starts to get threatening phone calls, but they couldn’t possibly be related to her past…right?

And wouldn’t you know, her boss’ brother has finally come to join the family business. I wonder who that brother could be?

Trent sees Sage and realizes very quickly that she wants to pretend they’ve only just met. He doesn’t like that, and he’s very interested in picking things up where they left off. And he isn’t taking no for an answer.

This was a great novella, with lots of heat and a touch of romantic suspense.

***ARC courtesy of the publisher 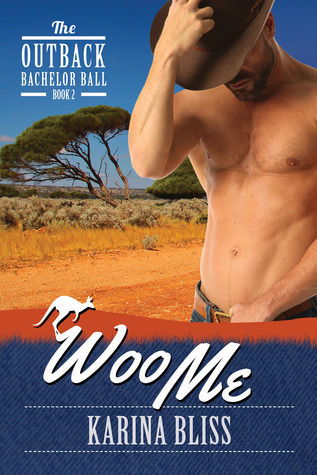 Your Wicked Heart by Meredith Duran