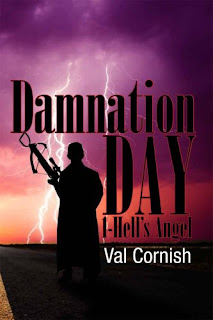 So I was asked to review this book, and after reading the first ten pages, I realized it really isn’t my taste. It’s apocalyptic, and while written by a woman, it’s told from a man’s first person point of view. So I asked Leah, one of our unpaid interns to give it a go. Leah’s review was similar to the problems I had with it.

First, I want to start out this review saying that I was warned before I started reading that this was not like anything I’d read before. First, and most obvious, was that this book is not a romance, which is what I read most of (It’s not all I read but the great majority). And second, the story is told entirely through the first person point-of-view of the main male character. Now, that’s not to say I haven’t read anything from a male’s POV. Obviously I have. But I never read anything completely from a male’s POV. Those two things gave me a moment of pause, but I ultimately decided to read it (I wanted to help my Highland Hussy out since she didn’t really care to read this one for those very reasons).

Now, the no-romance thing was not really a problem for me when I was trying to read this, but the awkwardness of reading a male’s POV the whole time made me disinterested in the book. Aside from that, though, I still don’t even know what I read. I wasn’t able to make myself finish this book, although I really, really tried, and I have no idea what I read. To me, it seemed like Cornish just jumped right into the story and I had no real background on what was going on, confusing me right off the bat. It just got worse from there to the point that I couldn’t make myself finish reading.

I’m not sure how much of this is a result of my personal hang-ups and how much was the actual book and writer. As with all reviews, this is a reflection of my feelings on what I read and I in no way want to discourage you from trying this if Damnation Day: Hell’s Angel No. 1 sounds like something you would like. I might come back to this someday and give it another chance, but all I can tell you is that I didn’t like it and you should give it a try only if you really want to.

Here is the description of the book/series from Goodreads:
The Damnation Day quartet, of which Hell s Angel is the first book, is set in a post-apocalyptic world, and follows the lives and loves of some of the survivors, the central character being Angelus , known to some as the black crow or the dark angel because, on his travels, he is often the bearer of bad news – but Angelus has secrets…. The stories follow the lives of Angelus and those who travel with him as they travel through their world and try to put things right.

We give it 2 flames