Coming soon, to an ebook retailer near you, we present, Highlander Reborn!

***Feel free to add it to your Goodreads shelf

Highlander Reborn begins in Scotland, many centuries ago, where a blacksmith fights for his life and his people. His life is forever changed when Amalia, one of the Nightkind, makes the choice to save his life. But first, he has to die… 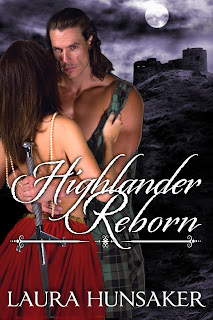