Take 5 authors, and give them the same story starter, and what do you get? A fabulous and intriguing anthology. Read on to find out how the same beginning can turn into 5 completely different stories. Don’t forget to comment and leave your email for a chance to win an e-copy of It Happens at Midnight 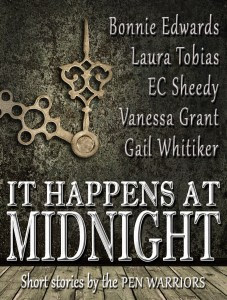 Thanks Kelly and Laura for the invitation to share a little about our joint effort at short stories, IT HAPPENS AT MIDNIGHT.

“We” are the Pen Warriors: five intrepid writers who have joined forces for over a decade at writing retreats we affectionately call: The Red Door. In that time, between us we’ve produced over 30 books! (ok, we’ve never actually counted: But I have at least 10 on my own, so yes, we fight the good fight) 🙂

When the subject of a Pen Warriors anthology first came up, we had an interesting time coming up with an overarching theme or thread. Although we are all novelists, each of us has taken our fiction in unique directions. We decided that our five stories would all begin with the action taking place “down a dark street”, with each Pen Warrior free to write in whatever genre she wished. It was fun reading the stories that emerged, and amusing that several of our “dark streets” misbehaved to the point where we had to re-title the anthology It Happens at Midnight.

This is how we each came up with our individual stories: 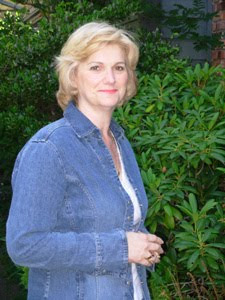 Bonnie Edwards on The Stone Heart:
I wanted something fast-paced and darker than any of my other books. I’ve written ghosts, (Midnight Confessions), love at first touch, (in Pure Sex), time-travel soul switches, (in Breathless) but never what some people would call “dark paranormal”. Give me a challenge and my inner warrior makes an appearance. Also, I love the idea of gypsy curses and figuring out how to break them. So, The Stone Heart has a deliberately darker twist that surprised even me. 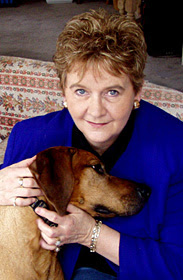 EC Sheedy on Staying Cool:
I don’t think there’s ever one reason a writer writes a story; it always bubbles up from a stew of ideas and images. And in the case of IT HAPPENS AT MIDNIGHT, it seemed a natural extension of what five writers have been doing for years—getting together. Only this time, we rallied behind the cyber spine of an eBook. Naturally, because we’re all snowflakes 🙂 our story choices were highly individualistic and would have made no sense at all to a NY publisher. What’s the antho about, they’d ask, and our answer would be—a gargoyle, an apple, a caravan, a gate, and an Igor. Oh yeah, she’d be all over that!
In MIDNIGHT, I take credit for Igor in STAYING COOL, the second in a series of novelettes that began with the release of OVERKILL last year. The stories are centered around the shadowy Raven Force–a covert ops group of hard men and strong women doing good work in a dark and dangerous world, illegal arms dealing. A world in which falling in love is problematic in the extreme. 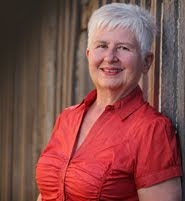 Vanessa Grant on The Broken Gate:
In The Broken Gate, my dark street morphed into a long country drive, and my protagonist, Jenny, took me into territory I hadn’t previously explored in fiction. I think we all enjoyed the freedom this anthology gave us to take our stories where they wanted to go, and I hope you enjoy exploring our potpourri of women, men, truths and lies – with its occasional whiff of mystery and the paranormal. 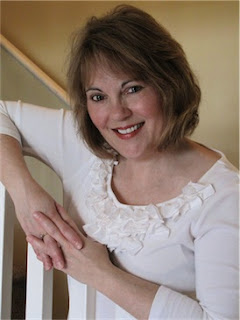 Laura Tobias on The Trouble with Apples:
Present five authors with one story prompt and you’re guaranteed five very different tales. For me, the premise of a woman going down a dark road at midnight didn’t conjure a road as much as a path, a path surrounded by trees. I knew the woman was hurrying to do something clandestine. Spy one someone? Too predictable, I decided. I soon realized Freya – that was her name – was charged with reconciling two estranged lovers. But why? And how would she do it? As I mulled, I remembered a fascinating conversation I’d had a few weeks earlier with a woman who breeds falcons . . . I thought about a comment from my aunt about having her coffee grounds read . . . and The Trouble With Apples began to take shape. 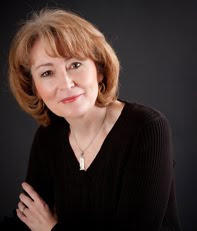 Gail Whitiker on The Last Fortune
A cynical fortune teller, a mysterious aristocrat, and a midnight meeting in a caravan set dangerously close to the edge of the woods. Not exactly the opening of a traditional Regency romance! But the wonderful thing about contributing to an anthology like It Happens at Midnight is that it gives you a chance to step outside your usual genre. As a group, we decided that the theme for the anthology would be “dark and dangerous”, and as an author, I welcomed the opportunity of adding suspense to a short historical set in the mid 1800’s. But even I didn’t realise how dark The Last Fortune was going to be.

We all hope readers enjoy all of the stories in this diverse collection from the Pen Warriors! It Happens at Midnight is now live on Amazon in Kindle format, and of course, we had a great time creating our baby!

Also, we’re very pleased to offer one lucky commenter a copy of It Happens at Midnight in either mobi or e-pub format.

For more information on The Pen Warriors you can check us out at our blog: http://penwarriors.com/

Book Review: Ten Ways to Be Adored When Landing a Lord by Sarah MacLean

Book Review: A Rush of Wings by Adrian Phoenix

This Side of the Grave by Jeaniene Frost

My name is DemonLover & I have a problem…