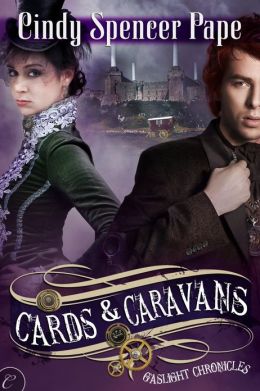 Belinda Danvers (sorry but that last name has forever been tainted thanks to Rebecca) is a widow who is sitting in jail awaiting her execution.  The small Scottish town she’s lived in for over 10 years has accused her of witchcraft and plans to burn her in the morning.  Then a handsome stranger shows up and says her great-uncle sent him to help her.  That turns into breaking her out of jail and hiding her away in his family’s ancestral home.   He accomplishes this by using real magic.  Then things get really weird…
Connor McKay gets a call from a friend asking for his help.  Seems a lady of the friend’s acquaintance has been wrongly accused of withcraft – well using it for evil purposes anyway – and they would like him to go and get her acquitted.  Problem is that this is a small parish in Scotland where superstition is very much alive and there’s a lot of other shady things going on.  So he decides the most expedient course of action is to break her out of jail and take her to his family’s estate until he can decide her guilt/innocence and what’s really going on.
Of course he soon discovers that she is completely innocent, the only real magic she can wield is reading tarot cards.  So why was she placed on trial so hastily?  Why can’t they find the magistrate who condemned her so quickly?  Who is this supposed witch hunter that “found” her in the first place?  The answers show that there is something much more sinister going on and that the Order of the Round Table may be facing a great threat to all of magic kind.
Positives:  Scotland.  Scottish hero who does don a kilt at one point.  Strong female lead, but not stupidly so – meaning she doesn’t do anything like deciding hero doesn’t love her so she runs away or tries to protect him buy not telling him something important.  Crazy magical family.  And last, but certainly not least, some hot sexy time.  Hee hee.
Negatives:  Not long enough – the plot wasn’t rushed or anything I just wanted it to be longer because I liked the characters so much.  The old, “Hey we just met a few hours ago but I know we should be married” plot device.  He loves me, he loves me not, went on a little too long.  And there were some times where I’m pretty sure the author forgot who was in the scene and exchanged characters.  Or something was off because there were quite a few times I had to go back an reread something because I could not follow what was happening.  Very frustrating.
All in all it was entertaining.  Not steampunk enough for me, but my appetite for that is a little voracious at the moment so if it’s being touted along those lines then you better give me more than a few steam engines and the mention of automatons 🙂