There are lines best friends shouldn't cross, but in Copper Ridge, Oregon, the temptation might be too much…

If practice makes perfect, Connor Garrett should be world champion of being alone. Since losing his wife he's concentrated exclusively on his family's ranch. Until his dear friend Felicity Foster needs a place to stay and Connor invites her to move in temporarily. That's what friends do—and Liss is his rock. What friends don't do? Suddenly start fantasizing about each other in their underwear. Or out of it…

Since high school, Liss has kept her raging crush in check. Another few weeks should be a breeze. But helping Connor rebuild his life only reinforces how much she longs to be a part of it. One explosive encounter, and she'll discover that getting what you always wanted can feel better than you ever dreamed…

This is Connor’s story and he’s a great hero, if you like broken men who learn to love again. Seriously.

This is a friends to lovers story, and I loved it. Now, I’ll probably spoil parts of this since it’s got a dead wife trope, as well, and I don’t know if that’s a turn-off for some of you.

Connor is Eli’s brother, and in Part Time Cowboy, we see how Connor is basically deep in grief over his wife, who died a couple years back. Liss, his best friend, has been in love with him since high school, so you get some backstory there too.

In this book, Liss loses the place she’s renting, and ends up moving in with Connor. Connor finally starts waking up, and seeing what’s been in front of him all these years. I thought the dead wife and grief aspect were handled well, without glossing over it, without too much angst, and without dwelling on her for too long either. I mean Connor has dwelt on her for years, mostly at the bottom of a bottle.

Liss shows Connor that life is not only still worth living, but it’s worth living with her. Connor, for his part, isn’t as curmudgeonly as he wants everyone to believe. 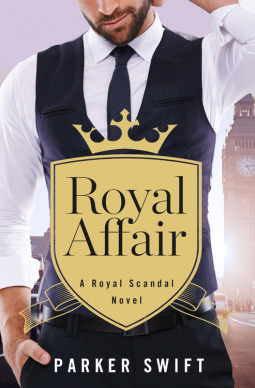