#BookSpotlight: Jewel of the East by Victoria Vane

JEWEL OF THE EAST
(The Devil DeVere #5)
Victoria Vane

Having once lived his life only for larks, laughter, and ladies of easy virtue, Captain Simon Singleton has returned from the war with the colonies a shambles of a man. Now free from six years of captivity, he’s still fettered by irrational fears that confine him to a life of seclusion.
Once the crowning jewel of the most lavish brothel in London, the exotic Salime finds her reputation and livelihood destroyed by a bitter rival. With a closely guarded secret stripped away, Salime fears no man will ever desire her again. Seeking aid from one who once saved her life, Salime accepts a proposition to repay her debt by becoming a companion to his war-scarred friend.
Circumstance brings these two damaged souls together; but fate ignites a love story worthy of the Arabian Nights.

EXCERPT (in which the stage is set)

A sharp rap soon sounded on the door. Ludovic, Viscount DeVere glanced up from his periodical to the entrance of a liveried footman. “A message for you, my lord.”
The servant offered the wax-sealed missive on a silver salver. “It was delivered by a most…unusual…courier.” The footman gave a sniff of disdain.

“Indeed? What do you mean?” Ludovic asked in a bored drawl.

“‘Tis a behemoth blackamoor, my lord.”

“Mustafa?” Ludovic threw down his periodical and snatched up the missive. “What the devil?”

“He awaits in the kitchen. Insufferable rude creature he be. Just stands all akimbo. Refuses to speak or to depart without an answer from your lordship.”

“The man cannot speak. He has no tongue. They took it when they castrated the poor devil.”

The footman’s eyes bulged. He involuntarily crossed his legs. Ludovic broke the seal and scanned the contents with a deepening frown.
Most honored Efendi,

It is with the greatest humility that I appeal to he who once safeguarded my life. It is with exceeding distress that I must entreat you once more, being much in need of a friend and protector.

Your most devoted and obedient servant,

Ludovic read the cryptic note once more. Salime in want of a protector? What a sticky situation that created. At first he wondered why she’d appealed to him, but then again, there were few people she trusted. Given their shared history, he would never deny her aid. Moreover, Salime had been instrumental in helping him to achieve his present state of connubial bliss. For that alone he owed her his undying gratitude.

“Tell him I shall be in touch with his mistress shortly…and that she should notify me at once should her circumstances become any more…distressed.”
“Aye, my lord.” The much-chagrinned footman departed.
Ludovic glowered after the departing servant. Salime had never been in want since coming to London. He wondered what could be behind her request, but then abandoned both letter and the dilemma the moment another surprise came bursting into his library. “Ned?” Ludovic leaped up to greet his best friend. “What the devil has brought you all the way from Yorkshire to Kent?”
“I have most portentous news, DeVere,” Ned sputtered with excitement. “News I could hardly relay by messenger. So I came down myself.”
“What kind of news? Out with it, Chambers,” Ludovic commanded.
“Mayhap you should pour us a drink first.”
Ludovic lifted a sardonic brow. “A drink? Not so urgent after all?”

“‘Tis fortification you’ll need for the shock you’re about to receive.”

“Shock? Me? You know I am not easily shocked, Ned.” Ludovic paused with his hand on the brandy decanter and a slight frown marring his face. “Come to think of it, I’m damned if I can recall a single occasion that has wrought from me such a profound reaction as shock.”
Ned flung himself into Ludovic’s favorite chair. “There’s a first for everything, DeVere. Now that drink?”
Ludovic sloshed amber liquid into two glasses, handing one to the would-be herald, who downed it in one draught. Ludovic quirked a brow.
“It was a devilish long ride,” Ned explained.
“All to deliver this shocking report of yours?” Ludovic perched a hip on the corner of his mahogany desk.
“Yes! It’s Lazarus all over again!”
“Lazarus? Am I to surmise that someone has been miraculously raised from the dead?”

“Actually, he might as well have been,” Ned declared. “I can hardly countenance it after all this time.”

“Good God!” The glass slipped from his hand to shatter at Ludovic’s feet. “You can’t mean Sin is alive after all this time? He was pronounced killed in action six years ago.”

“I mean exactly that!” Ned exclaimed. “He is indeed alive and may even be in London as we speak. I have the news straight from Baron Singleton. His ship was expected to arrive several days ago.”
“Why am I only hearing of this now? I see the bloody Singleton regularly at Parliament.”
“Probably because the good baron doesn’t like you, DeVere. He believes you were an abominable influence on his son.”
“Then he would be right.” Ludovic smirked and then stared at the shattered glass at his feet.

“Looking a bit white there, my friend. This is known as shock.”

“Admittedly, I am incredulous. How can this be? Where the devil has he been?”

“Interned as a prisoner of war for the greater part of six years.”
“Six years? In all that time there were no exchanges?”
“Very few. The colonials refused to give up ours when they claimed their men were only released on the point of starvation and death. I daresay ’tis no exaggeration. I’ve seen a number of reports on the deplorably inhumane conditions of our prison hulks. Indeed it’s said that the colonial prisoners set fire to the Whitby, choosing to go down in flames, rather than die of starvation and disease.” Ned shook his head. “What a hellish business war is.”

“But if Sin was a prisoner, he should have been released nigh on a year ago when the treaty was signed.”

“Apparently he was too ill to travel. Only made it as far as Bermuda before he was struck with the bloody flux or some such and required months of convalescence…poor sod.”
“We must go to him, Ned. At once.”
“He’ll not be the same man,” Ned voiced what they were both thinking.
“No,” Ludovic shook his head. “Likely never again.” 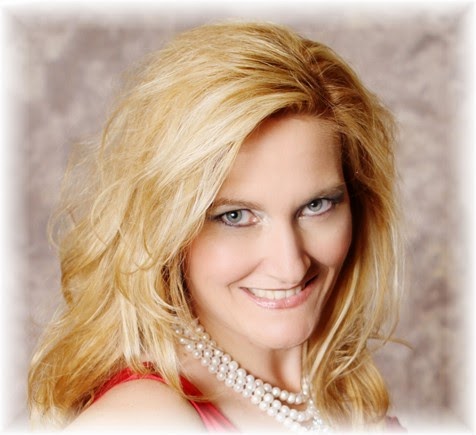