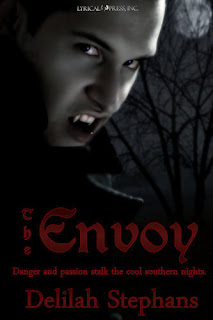 “Danger and Passion Stalk the Cool Southern Nights”
This was a fun, easy read. It all begins at the mall, where a tall, dark and handsome man needs an i-pod. Salesgirl Diana sees nice clothes and an easy sell. So Francisco leaves the mall with every single accessory for his new i-pod and laptop, but not without deciding he likes Diana. Fast forward a bit to her break. Diana leaves the back way to cut across the parking lot for a burger when some hoodlums threaten her a bit. In jumps Francisco and saves the day. Well, this damsel is distress is more annoyed at his help than grateful, and I think that it’s this moment where the sparks begin to smolder.

The main conflict throughout the story is that Francisco used to be the head Cleaner- the guy who cleans up any vamp-involved mess from dead bodies to normal CSI detective work. They are not only the crew to hunt down dangerous rogues, but the PR department and the police department of the vampire world. And even though his title for the past decade has been Envoy, most still think of him as the Cleaner. With immortal beings in the mix, well, you can see where enemies can be made and they hold long grudges.

The passion heats up between Diana and Francisco and his enemies use her to get to him. Then all hell breaks loose. I think that there were some HUGE surprise twists at the end that will not only shake up the whole vampire community, but hopefully knock it off it’s still Victorian-minded way of thinking.

One of my favorite characters was Michaela…she’s brilliant and funny as Francisco’s second. Mike (as she goes by) has green and white hair…but the green will wash out! And she helps Diana deal with the whole “my boyfriend is a vampire” thing.

In the end, the bad guy and Francisco duel with swords, and I’d say the author did her research, as she seemed incredibly knowledgeable without boring me with that information. The bad guy is vanquished, but Francisco is then caught in the disease of the cruentas-bloodlust. Imagine everyone’s surprise when Diana finds a most creative way of bringing Francisco back from the edge. I won’t spoil the rest, but I thought having a taste of a new vamp world would be fun.
4 Stars

Delilah K. Stephans is with http://lyricalpress.com
The Envoy will release July 5th in ebook format
Keep looking for an interview to come closer to the release date 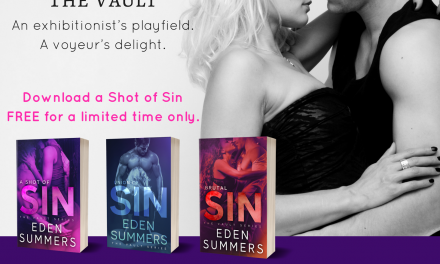 Yes Ladies…You know what time it is! THEO THURSDAY!!!!