I wasn’t expecting much out of this book, as I am not a huge fan of Xhex. I like John Matthew a lot, but he’s not my favorite. In fact I wish we’d seen more of the Blay/Qhuinn/Saxton drama.

From most of the reviews I’d read, the big complaint was the Paranormal Reality show. I must be in the minority because I loved it! I thought it was short and to the point, but with enough substance to make sense. I guessed who the ghost was within the first couple scenes, but I won’t say so as not to spoil it…but I did like how Xhex found out 🙂 that was priceless. And typical of the WARDen to make us wait til the last 10 pages to learn who. Maybe he’ll play a bigger role in the next book?

We last saw Xhex being kidnapped by Lash, son of the Omega, in Rehvenge’s book, but it was like she fell off the grid. When we find her, she is Lash’s new playtoy, and he tends to break his toys. But not Xhex, he can’t break her. John Matthew and his boys find out where Lash has been staying, call the Brothers and storm the place. But they can’t find Xhex-just a room with blood and evidence of some truly heinous brutality. So JM falls to his knees and weeps. This is the first time the Brothers realize what Xhex means to JM. Meanwhile, Xhex is basically invisible to everyone. But JM can feel her. So JM goes downstairs and takes out all his emotion on the lesser in the kitchen. then he goes home to grieve.

But in true Xhex style, she frees herself. Very Xena Warrior Princess of her. But she goes to her basement apartment to heal rather than to JM. She called Rehvenge who played the message for JM and the 2 went to find her. Once they did, JM got her to feed and brought her to the Brother’s compound.

I would say that for the first time in all 8 BDB books, I wasn’t annoyed at the lesser sub-plots. I have always hated the amount of shifting points of view. Usually the boring but important enough to read series of chapters that I have to trudge through all from some lesser’s viewpoint, just to have him killed and have to trudge through some other lesser’s pov. But this time, Lash’s pov was always interesting, and the subplots of Payne and Wrath were welcome, as well as the Chosen and No’One.
At first I didn’t like the Darius journal sections. I now understand them and think they were very worthy of the plot, but I feel like Ward went overboard trying to make it sound formal and feel like several hundred years ago. It was stilted and hard to read. But I loved how it was intertwined into the storyline of Xhex and JM-wow talk about fated! We see JM with Darius’ memories, and Xhex’s sympath side always sees JM as having a split emotional grid-I pictured it like two auras, but housed in the same body. And Lash’s energy ball snapped it into place. When Tohr meets No’One at the end, and sees her with Xhex-holy cow! I never saw that one coming!

I’d like to see the Scribe Virign come back into this whole mess she’s created and start being a bit more proactive-it’s like she’s fading away and drifting. In the first couple books she was a force to be reckoned with, but now -meh.

I’d like to see someone else’s book before Payne and Manny just because we don’t know them as well, and I like how we usually see our leads for a while before they get a whole book. BUT we all know that just because it’s Payne and Manny’s book, doesn’t mean we won’t see Blay, Qhuinn, Saxton, Mhurder, and all the others throughout. I mean, I feel like in Lover Avenged, it was like Wrath and Beth part 2. So who knows what Ward has up her sleeves? It’ll be interesting, though, to see “what’s doing” with everyone though. And I did like V and Rhage’s references to knitting he he..anyone who’s read the Insider’s Guide will get that one.

Anyone who’s been putting this one off, should read it now! Everything ties up in true WARDen fashion, and I think she heard our cries about Jane and V because Doc Jane got a lot more face time to show how she solidifies when she touches stuff, how she and V are happy. It was really fantastic when she first met Payne and was able to bring V in to see his twin sister. Awesome book, JM and Xhex were good, but there was so much more going on that I wasn’t bored with them, or solely focused on them. All the weird pieces fit in and made sense, and I loved the fated aspect of Darius/JM/Tohr/Xhex.
5 stars 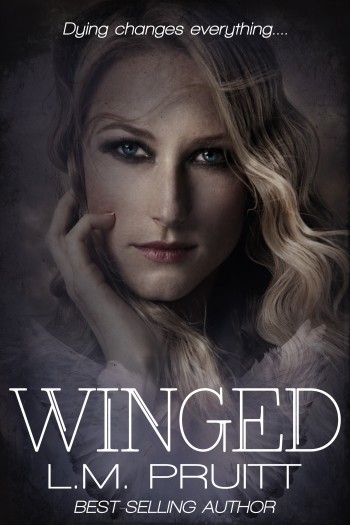