To celebrate the rise of their new queen, three goddesses of the moon created three stars, one of fire, one of ice, one of water. But then they fell from the sky, putting the fate of all worlds in danger. And now three women and three men join forces to pick up the pieces…

Mermaid Annika is from the sea, and it is there she must return after her quest to find the stars. New to this world, her purity and beauty are nothing less than breathtaking, along with her graceful athleticism, as her five new friends discovered when they retrieved the fire star.

Now, through space and time, traveler Sawyer King has brought the guardians to the island of Capri, where the water star is hidden. And as he watches Annika in her element, he finds himself drawn to her joyful spirit. But Sawyer knows that if he allows her into his heart, no compass could ever guide him back to solid ground...

And in the darkness, their enemy broods. She lost one star to the guardians, but there is still time for blood to be spilled—the mermaid’s in the water and the traveler’s on the land. For she has forged a dangerous new weapon. Something deadly and unpredictable. Something human.

This is the second book in the Guardians Trilogy, and it follows the chosen six, but mostly it follows Annika and Sawyer. So the basic plot is that they are now in Capri, they have to find the water star, and they still have to fight Nezerra the evil goddess so she doesn’t get the stars.

I like this couple a lot, and especially Annika. She’s a mermaid who has legs for 3 months to help with the quest. Sawyer is her one true love, but he’s afraid to start anything with her since he knows their time is limited. He holds a magic compass, it helps them on their quest, but it also has a hidden watch…that helps the user time travel. Isn’t that cool?

Nerezza, the dark goddess, has taken Malmon, one of their human enemies. He’s a billionaire/thief who steals…interesting things. But he’s evil. Just a horrible person. He kidnaps humans and people pay him to hunt these kidnapped humans. Sawyer and Riley have run into him before and he tried to kill Sawyer. Now that you know what type of person he is, you’ll get my complaint. He was underutilized. This guy could infiltrate their place, and he could do things a dark goddess can’t. Even though Sasha gets a vision, so they’re slightly prepared, this Malmon guy was smart, slick, and has resources up the wazoo. Yet, not only did he fail (no I don’t want the villain to win, but he should have had at least a bigger impact), he failed rather quickly.

He does capture Sawyer and Annika, and they do get tortured rather horribly, but he’s losing his grip on his mind. Nerezza never meant to let him live, so the contract they signed is changing him. When Annika and Sawyer escape, and kill the bad guys, it speeds up Malmon’s change. He is no longer human, but he’s lost his whole purpose as a human merc who could do a lot of damage.

I hate to complain so much on a side character, but seriously he could have been an amazing villain, and instead he became a stooge. It was a shame.

This book was easier than the last-the challenges usually get harder with each book as they become a team, but I was kind of frustrated that I expected such an intense book, and got a more slow-paced one. But that doesn’t mean it was bad! It’s just that this prevented me from rating it 5 stars. And it bugged me.

I know with a ParaNora, you get a similar book as all the other ParaNoras. She’s like that. But that’s also the joy of one her books; you know exactly what you’re going to get. And yes, some things come too easily, and yes, it’s predictable at times, but that’s why I picked these books. I wanted something happy, enjoyable, and where the good guys win. Mission accomplished. 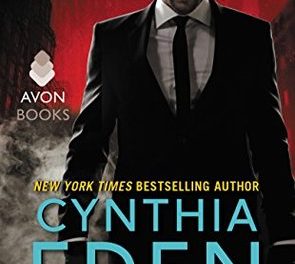 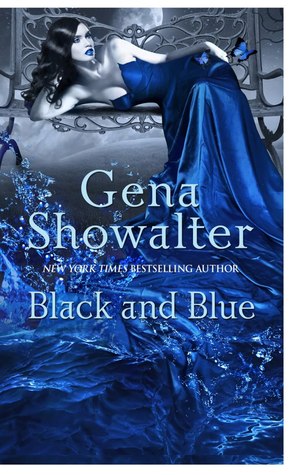