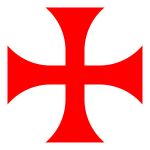 Where do you currently reside?
In a small colonial town in Mexico
Dogs or Cats?
neither
How did you get started writing?
Years ago I was told that I would write a series of books. I didn’t believe it and put it  aside as I had nothing to say.  Years later, when I finally had stories to tell, I decided to write them down.
Do you want to thank one person in particular for giving that extra push?
The spirit within
How many books did you attempt before you were published?
This was my first book.  Fortunately we live in a time of self-publishing and are not bound by the restricted tastes of a few liberal arts majors.
Do you have any MUST haves to write? Food, drink or time?
Just the determination to get the story from my mind and into words.
What Genre are your books? Would you say your books slip into the “new adult” genre?
My books are for adults; although some mature young adults might enjoy them.
Who is your favorite character in your novels?
There are so many, but Sarah is one of them, and Laz will be in future books in the series.
Do you have details about your next book, name and release date?
The next book in the series is about Laz growing up and realizing why He is here.
Do you like writing paranormal?
There is no paranormal. Everything is possible. Everything is “normal”.
Do you have plans for another new book/series in a different genre?
I also have another book out under a different pen name so as not to confuse people. It is for a radically different audience and, again, it is for adults. I want to keep them separate and therefore don’t reveal the name.
What is the 1stbook you remember reading and falling in love with?
Atlas Shrugged by Ayn Rand
Who is your favorite author?
Robert Heinlein
Do you have a favorite quote?
“the best compliment you can give an author is ‘Pay to the order of …’ “
I think your book cover is great. Did you have input on them?
I do all the design and graphic production for my book covers.
What book are you dying to read?
My next book.
Sweet or Sour?
Sweet
Tell us something no one knows about you?
If I told then it would no longer be a secret.
Something extra:
Carter Vance is a financial executive who has extensive knowledge of prophecies, religions, relics, and the esoteric.  Drawing from actual rare, ancient, secret prophetic records in his possession, and the work of his staff astrologer, Carter has written his debut novel, The Return. 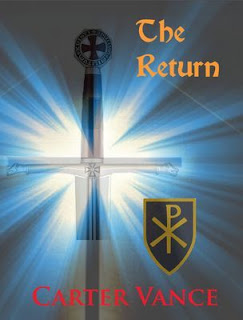 I found The Return to be a very interesting and intense book something on the order of the Da Vinci Code. It kept you wondering what would happen next. You wondered if the Knights Templar really do exist. Will good be over taken by evil? In order to find out you have to read The Return by Carter Vance. It was a very well written book that will make you think. The Return was a love story, a mystery, and a thriller all rolled .
Says MyBookAddictionsReviews.com
Rating: 5 * Heat Rating: Mild * Reviewed by: Susan

The Return is an action thriller that challenges us with the possibility that Jesus Christ is returning now. “The world currently in a state of upheaval and getting more chaotic everyday,” states Carter Vance, author ofThe Return. “Many of the prophesied signs of the end times are here, now, and are an indication of the possible return of Christ.”

What if the Knights Templar never disbanded and have amassed, over the centuries, virtually unlimited resources in anticipation of His return?

Aided by the manpower and financial, technological, and military resources of the Knights Templar, the parents and their unborn son face challenges from the most evil of the dark forces in society.

“The grail will be found in the thistles, but it’s not there./If you break it, victory is yours./Else, you battle the first son for 27 revolutions for the prize of a thousand years.”

Their nemesis races to solve this riddle for the prize, but where the answer lies is a mystery to him and his minions. Always aware and on the move, the First Family never rests until the ultimate battle is waged with fleets of the most advanced vehicles and armaments known to man. Who will be left when the battle ends and who will know it ever happened?

Escape to Romance with Melissa Mayhue