When not glued to the keyboard you’ll find her, book in hand avoiding any and all housework.

G’Day. That’s what you expected to hear, right? Actually, I don’t think I’ve ever used that in everyday life but it’s what we Aussies are famous for so I figured we better start off right. 🙂 I’m Rhian and I write ‘those’ types of books. Of course I’m referring to romance and sometimes with that there’s a little sex. Okay, sometimes there’s a lot. 😉

•        Tell us what made you start writing? I can’t remember really. I’ve always written from the time I could hold a pencil. Anything I drew I wrote a story about. Although I can tell you I started to pursue it seriously when we moved to Singapore in 2007.

•        Your plane goes down and you and the pilot are stranded on a tropical island. No phones, no supplies. You…I’m going with C because what sensible woman would be on a place with an inept pilot?

•        Go Native. Fashion a “Blue Lagoon” outfit and settle in for the duration. Let’s see what that pilot has under those clothes.

•        Put your pilot through his paces; let’s make him build a bonfire and catch some food.

I’m going with C because what sensible woman would be on a place with an inept pilot?

•        What is your favorite guilty pleasure food? Tough one. There are so many. I’d say chocolate. I nice smooth one, I’m not a fan of dark chocolate though and of course I have to be careful it’s gluten free.

•        Since you already live in paradise, where in the world do you dream of traveling to, and why? This is paradise? I’ve been to paradise and my little house in the suburbs isn’t it. lol I’d love to do a road trip of the US & Canada, but I’m also happy to visit any place. I saw a lot of Asia when we lived in Singapore and I’d like to go back and visit the few places I missed like Cambodia.

For more information on Rhian visit her website http://www.rhiancahill.com/  or connect on

Luc relaxed the muscles in his arms and did the one thing he really didn’t want to. He set Cassie on her feet. Whoever had been hammering on the door had stopped, but the damage was done. Regret was written all over her pretty face. Scrubbing a hand over his stubbled jaw, he drew in a deep breath and let it out slowly.

“My name. It’s Lucas Wilhelm. I’m head of McDermott Security, a position I’ve held for ten years.” Luc added the last part in the hope of reassuring her.

“Oh. Um, well…” She lowered her eyes, hiding the uncertainty swirling in their honey-coloured depths.

Placing two fingers under her chin, he tipped her head back until her gaze met his once more. “Don’t back down now, Cass. Where’s the woman who’s fought me for control for the last couple of hours gone?”

She shook her head, dislodging his fingers. “She just had common sense kissed right out of her.”

The small smile tugging at the corner of her mouth pulled at his gut and eased his mind. He hadn’t been sure at first, but now he didn’t doubt she’d bounce back from their mind-numbing lip-lock. Luc had expected they’d be explosive, he just hadn’t realised how unstable their chemistry was. He’d have to keep his hands off her until they were in more suitable surroundings or they’d find themselves sans clothes. There was one sure-fire way to keep her at a distance though. Strip her of control.

“What?” Her eyes narrowed to slits.

If looks could kill, the one she aimed his way would slice him to ribbons, and Luc figured she’d used it to de-ball many a man before him. Good thing he’d spent years developing a tough exterior. Although she’d found a way under his skin already, he wasn’t about to cower beneath her hostile stare. Luc embraced the hum in his veins. The zap delivered courtesy of her returning ballsy attitude. He’d never gone looking for a fight. Sure he’d been in plenty, but he’d never started one. Except now. With Cassie. And there was no denying the thrill thrumming in his blood. He was more than looking forward to their combat. He was eager for it to begin.

“As you can hear, there’s no longer music blasting through the house and that’s thanks to Lachlan McDermott ripping out power cables. If I were you, I wouldn’t be surprised when your DJ files a damage report and insurance claim.” Luc smiled as a growl rumbled in her throat. He’d never heard that particular sound from a woman, and he’d certainly never found it a turn on coming from any man, but there was no mistaking the tightening of his sac or the hardening of his erection.

“Damn men.” Cassie shoved passed him and flung open the door, using it to push him out of the way.

Before he got his head in gear and made it out from behind the door, she’d disappeared into the kitchen. With long strides, Luc followed only to witness her sexy arse vanish through the far doorway. Covering the distance in seconds, he found his men doing as he’d ordered. Between them and Cassie’s staff, the guests were quickly being ushered from the house in a tidal wave of drunkenness. His search for Cassie was hindered by the surge of bodies moving towards the front door, with his chances to spot her zero he let himself be swept up in the tide. When he reached the front yard, hire cars and drivers lined the street. Inebriated partiers tumbled into backseats, car doors slammed and departing vehicles were quickly swallowed up by the night.

With the party down to the last few stragglers, he turned back to the house determined to find Cassie while his men dealt with the remaining guests. He found her back in the kitchen. Leaning his shoulder against the doorframe, he folded his arms, crossed one ankle over the other and watched as she gave orders while packing box after box with glasses. The image of efficiency, her movements were economical and fluid, her speed and accuracy proving she’d done this a thousand times before. Luc relaxed and enjoyed the view. His pants grew snug and he had to shift his stance to alleviate the pressure.

Eavh Author is giving away a copy of thier book!

The GRAND prize is: 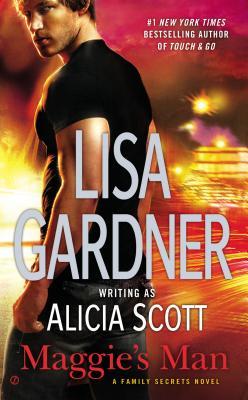