Eleven thousand years ago, before the seas swallowed the Atlanteans, Poseidon assigned a few chosen warriors to act as sentinels for humans in the new world. There was only one rule-desiring them was forbidden. But rules were made to be broken...

When she calls...
Riley Dawson is more than a dedicated Virginia Beach social worker. She's blessed with a mind link that only Atlanteans have been able to access for thousands of years. Being an "empath" may explain her wistful connection to the roiling waves of the ocean, the sanctuary it provides, and the sexual urges that seem to emanate from fathoms below...

He will come.
Conlan, the High Prince of Atlantis, has surfaced on a mission to retrieve Poseidon's stolen trident. Yet something else has possessed Conlan: the intimate emotions-and desires-of a human. Irresistibly drawn to the uncanny beauty, Conlan soon shares more than his mind. But in the midst of a battle to reclaim Poseidon's power, how long can a forbidden love last between two different souls from two different worlds?

This series is being re-released and holy moly look at that new cover. I’ll give you a moment 😉

I read this years and years ago like, 2009 maybe? It’s been a while. When I was offered the chance to review it, of course I said yes. Re-reading a favorite is never a chore.

Oh and there’s this music video made for this series. Amazing, btw, you should watch it!

I’ve always loved her Warriors of Poseidon series. It’s unique, which during the mid-’00s was hard to find.

This book opens with High Prince Conlan entering Atlantis for the first time in over seven years. He’d been captured and tortured in a demon realm and he’s just been released. He isn’t…normal yet. But there’s no chance to recover, Poseidon’s Trident was stolen by one of their own and they need to get it back ASAP. He joins with his seven best warriors and they head to the surface.

The vampires have come out to the world and are insinuating themselves into politics and world leader positions. Humans have a curfew, and Riley Dawson is out past curfew after having a hell of a day. Sitting on the beach trying to get her mind to settle down, she notices three vampires coming her way. Riley is an empath, and she’s projecting her emotions loud and clear without realizing it. Normally it wouldn’t be a big deal, but Conlan can pick up her feelings and as he surfaces from the water, he abandons his task and goes straight to her.

Riley doesn’t understand this connection she has with Conlan, but she’s willing to explore it. But before they can enjoy their inst-lust fun, vampires and battles get in the way. And after one of those battles, she finds out that her sister is the leader of the human rebellion, because not everyone is happy with how the vampires took over after they came out. Meanwhile, they still need to find the trident and figure out why the vampire goddess let Conlan go.

What I loved about this book was that it doesn’t feel like it’s bogged down with world-building or First Book in the Series Syndrome. I also enjoy Alyssa Day’s sense of humor. It has the old school band of brothers feel that I sometimes miss now. This book has all the hallmarks of the heyday of PNR. A tortured hero, the warrior group of men who keep humanity safe, and the women who keep their butts in line. I enjoyed it, and I’m glad it’s getting re-released.

I think when I first read it I gave it a 4, but I’ve reread it several times over the years, and I just feel that any book I enjoy more than once gets bumped up to a 5.

The Heart You Break by Cynthia Eden 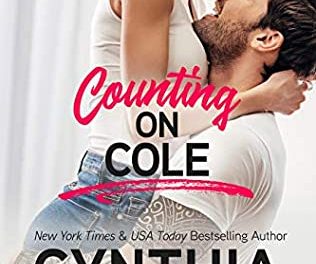